I’ve been traveling a ton lately and am very fortunate to stay at many stellar hotels. While some stuff tends to become one luxurious blur, others tend to stand out in the sea of hotels. Recently I started to take mental notes of things that truly grab my attention within my hotel rooms. I’m not talking about the special treats I usually find waiting in my room, but instead, something that is standard in the hotel. None of these items are particularly grand, but they do make me a happy hotel guest. Here’s a rundown of what I think should be standard in all luxury properties and the places I’ve seen it.

The majority of hotel rooms, let’s say, three stars and above, come with an ironing board and iron. That’s just as basic as a phone these days. However, in all my years of traveling I’ve never seen a can of spray starch to accompany. I can’t tell you how many times I’ve pulled a pair of pants from my over-stuffed suitcase only to find them in need of a serious pressing. The only thing that will properly remove the wrinkles is a hot iron and a squirt of starch. Instead, I’m forced to fill the iron with water and hope the steam is powerful enough to make my clothes look presentable again. I ask you, how expensive could a can of starch in each room cost? 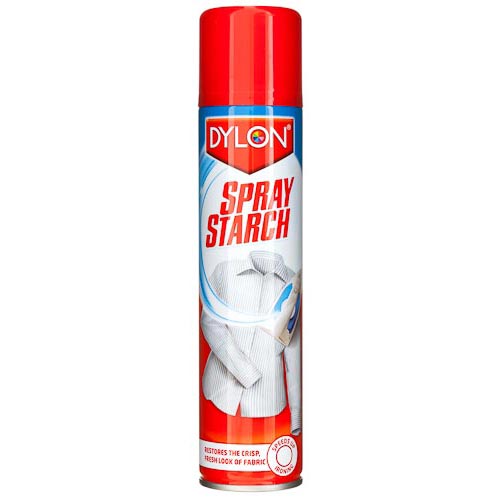 Who Has It: Four Seasons Hampshire

During my short, two-night stay at the Four Seasons Hampshire many things impressed me, but none stood out more than the red and white can of spray starch sitting next to the iron. Oh, there were many stellar things about this property, but that one little touch differentiated itself from all the other five-star properties I’ve stayed in. Although nothing needed ironing on this trip, I was happy knowing that should I need to press a wrinkled shirt, I had the starch to do it with. What can I say? I’m easy to please.

Any traveler worth their salt carries a litany of adapters. I’d say that I’m never without universal, UK, and Europe adapters. But sometimes even the most seasoned traveler forgets, loses, or breaks their adapters. I happen to have done all three. When I spent a month in Europe last fall, I was loaded down with European adapters; after all, Prague, Italy, Barcelona, and Paris all use the same plugs. Problem is that I forgot the three-night side trip to London. My two-pronged adapter would do me little good there. 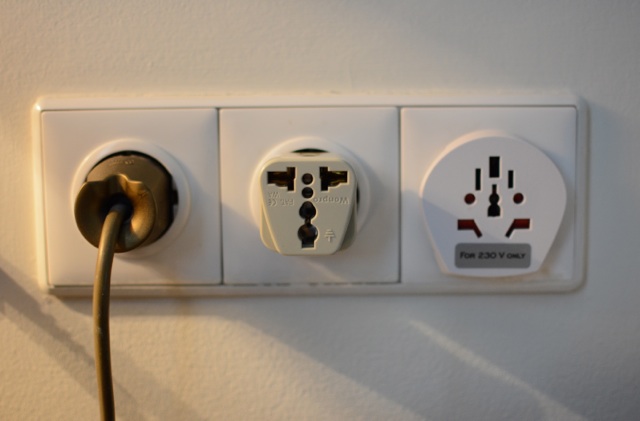 Who Has It: Four Seasons London Park Lane

I’ve professed that Park Lane might be my favorite hotel in the world, and the availability of adapters in my gorgeous suite was just one of the reasons. Imagine my relief when I saw the adapters already plugged into various outlets just waiting to re-energize my iPhone. I must say that Park Lane is not the only Four Seasons property that has this amenity. I’ve seen them also at Hampshire, while Canary Wharf and Paris have power strips built into desks that fit various size plugs. It’s the little things that mean the most.

Flight Board and Weighing Station

Now, I’m not sure why all luxury hotels don’t have a flight board and a weighing station available to their guests. It’s not only a great concept, but it’s also essential to many travelers. When I was coming home from Rome a few years ago, I found myself with bags open on the airport floor for the entire world to see. I was trying to distribute weight from one suitcase to another in order to avoid overweight baggage fees. I suppose all that olive oil and lemoncello I bought weighed quite a bit more than I anticipated, but if my hotel had a weighing station this scene would have been avoided. 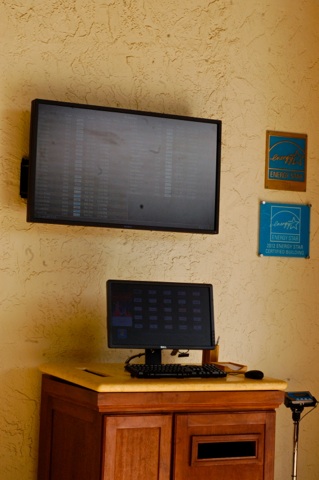 Who Has It: Wailea Beach Marriott Resort & Spa

I never even thought about a hotel having a flight board and weighing station until I was at the Wailea Marriott. Right next to their reception desk is a scale to weigh your bags and a screen with the day’s flights, departures, and gates. I’m pretty sure that you can check into your flight and print your boarding pass as well. It’s such a novel idea and one that I’ve not seen anywhere else. Nobody is manning the station, and it seems to be self-sufficient. I’m sure the people bringing back bags full of Maui Gold pineapples really appreciate that scale.

OK, so quite a few hotels do a welcome drink, but it’s certainly hit or miss. I’m not saying that it has to be a glass of Champagne {although, I did get that at Canary Wharf}, but why can’t luxury hotels offer guests something wet upon arrival? I’m parched at the very least and dehydrated at the most after a flight. How about cucumber water? It doesn’t have to be anything elaborate, but it certainly is a nice touch. 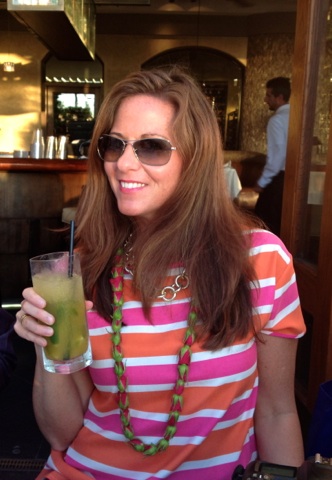 Who Has It: The Fairmont Kea Lani, Maui

As soon as you step foot on Fairmont Kea Lani’s property there is a lei around your neck and a fruity drink in your hand. Smiles and “aloha” accompany the libation. It’s easily one of the warmest welcomes I’ve ever received. So simple, yet so memorable.

I am the queen of toiletries when I travel. I have to have certain brands of things like moisturizer and face cleanser. Luxury hotels usually have great shampoo, conditioner, soaps, and body gel, thus there’s no need for me to bring my own. One thing I shake my head at is the bar face soap that I often see at hotels. I haven’t washed my face with a bar of soap since I was probably 13. In fact, I know nobody that does. So then why even bother including it in the roster of toiletries? I’d be willing to wager that the only thing that the bar cleans is a hand or two, if that. 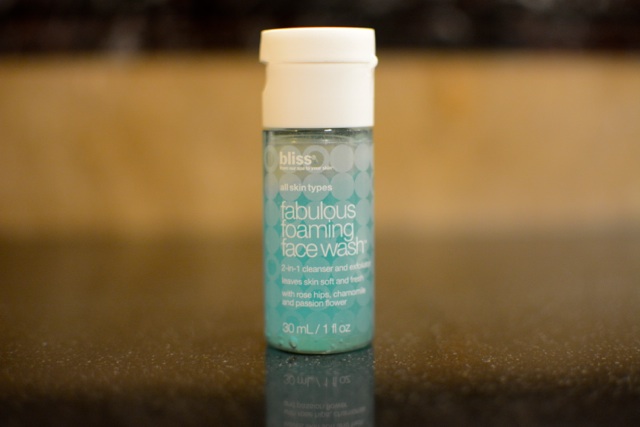 Who Has It: W Hotel, Barcelona

Although I generally like the W Hotel chain, it’s not my favorite, as I can’t really get past all the giant price tags on various things around their rooms and ultra modern decor. However, one thing that the W really has going for it is their inclusion of Bliss toiletries, complete with facial cleanser. Bliss is a product that I’ve used at home, and the facial cleanser is one toiletry that I never leave behind upon checkout. As an added bonus, the W suites usually include full-size toiletries, which is simply extraordinary. A full-size bottle of their Bliss facial cleanser basically makes up for what they charge for one day of WiFi. Thus, it’s a wash…pun intended.

By now, everyone knows about that pesky TSA rule about only carrying on liquids less than three ounces and putting them all in a quart-sized plastic bag. It’s not just an American thing and is the standard in international airports. I’m normally well prepared with multiple sizes of these handy bags, but not everyone is as a seasoned traveler as I am. Those are the people I usually get behind in security carrying a giant vat of lotion they bought especially in France. Three ounces, lady… but I digress. How nice would it be if a hotel included a quart-sized plastic bag for their customers to stash all the toiletries they will be taking with them from the hotel? 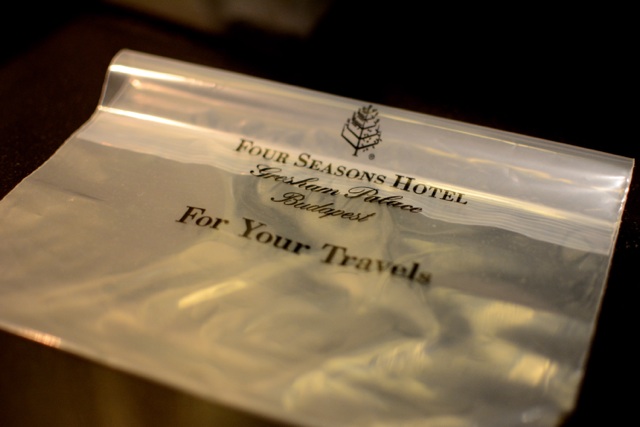 Who Does It: Four Seasons Gresham Palace, Budapest

I had this article ready to publish, but upon seeing that Four Seasons Gresham Palace branded plastic bag I just had to include it. With my last night’s turn down service, the bag {along with a box of cookies} was left in the bathroom right next to the toiletries as if to say, “Take me home with you.” Oh, don’t worry, Four Seasons Budapest, I will.

I don’t think any of these amenities are over-the-top or too demanding. It’s not like I’m suggesting there be heated toilet seats in every room. I may not remember the thread count of the sheets in my last hotel, but I will remember the novel item that, in my mind, should be standard in luxury hotels.

Tell me, have you seen something at a luxury {or otherwise} hotel that made you stop and say, “Wow! Why don’t they all offer this?”