From giant monuments and grand old buildings to ancient structures, certain global landmarks have come to define entire nations and cultures. Travelers come from all over the world just to see these iconic sights with their own eyes. Looking at my To-Do List, I’m no different. Some of these places are crossed off, while others are still waiting. Although subjective, here are ten of the most iconic landmarks in the world.

The oldest and only remaining landmark of the Seven Wonders of the Ancient World, the Great Pyramid of Giza is believed to have been built in 2550 BC and is an incredible feat of architecture. Aside from its historical significance, the massive, golden structure and the smaller pyramids around it, create a striking, mystical skyline in the dry Egyptian desert. 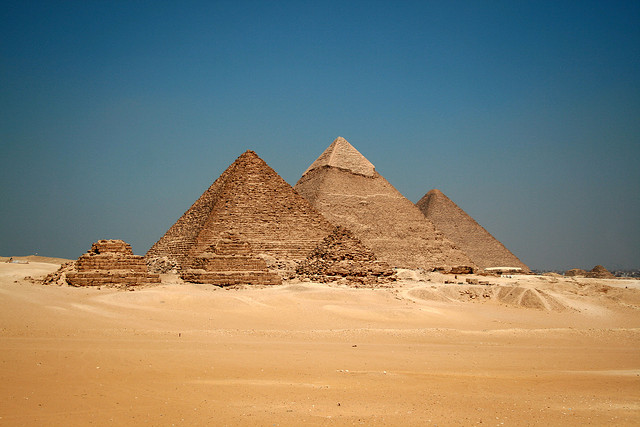 Coming in at #103 on my To-Do List, I thought I’d want to experience the pyramids by camel, but then I rode one in Jordan’s Wadi Rum. Now I think I’ll keep both feet on the ground. Pyramids—yes. Camel—no.

Close to Jaipur is the pretty town of Amer in Rajasthan, India. Known for its classy Hindu style ramparts and made purely of marble and red standstone, the Amer Fort is surely one of the major landmarks of India. Embark on amazing array of Rajasthan Tour Packages to uncover the gems of Indian architecture.

While New York City’s iconic Statue of Liberty has become a powerful symbol of America, it was actually a gift from the French, given to honor the friendship the two countries established during the American Revolution. Today, it is a popular tourist destination. 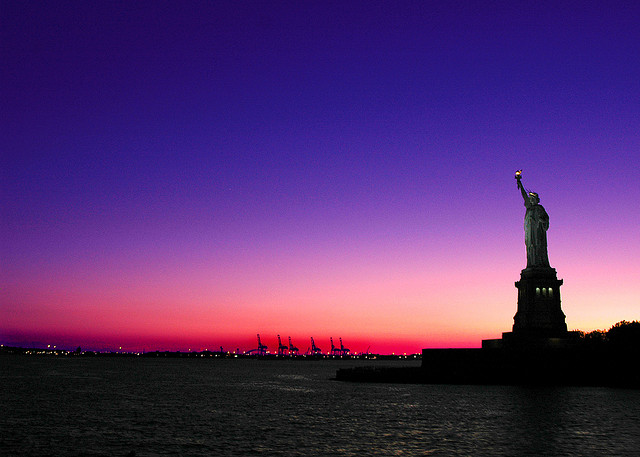 The Statue of Liberty screams New York City {even though it’s technically in New Jersey}, and I always try to spot it when flying into the city. Just the sight of Lady Liberty makes me smile.

Built to defend invasions from the north, China’s Great Wall has transformed from a military tool to an exquisite work of art. With over 20,000 kilometers of brick, stone, and solid earth, the Wall embodies the strength, skill, and spirit of Chinese culture. 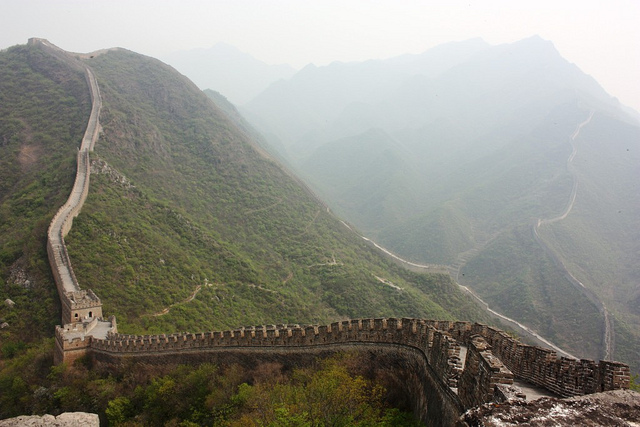 Once I got past all the tourist crap and actually walked on the Great Wall, I understood exactly how amazing this structure truly is. It’s definitely a must see and totally worth being #22 on my To-Do List. Make sure to take the luge to the bottom. Yes, that’s a real thing. Look it up!

A marvelous vestige of the powerful Roman Empire, Rome’s Colosseum is one of the most instantly recognizable structures in the world. Most notably, it was used for gladiator fights where men fought to the death against wild animals, with an estimated 50,000-80,000 spectators looking on. Today, the building retains its powerful presence within Rome’s scenic city center. 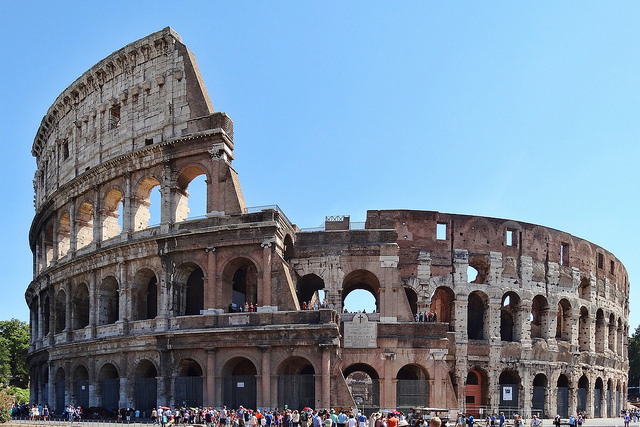 As a lover of Ancient Roman history and a teacher of Julius Caesar, I have to say that seeing the Colosseum in person has been one of my favorite travel experiences. It’s vital to know the history, have a guide, or an audio tour to truly understand the importance of this place. Just catching a glimpse of the Colosseum sends tingles throughout my body. It’s that powerful.

Once headquarters for the entire Khmer Kingdom, UNESCO calls this fascinating 9th-century Cambodian landmark one of the most important archaeological sites in Southeast Asia. With 400 square kilometers of ancient temples, monuments, canals, and basins, Angkor Wat continues to inspire locals and visitors to this day. 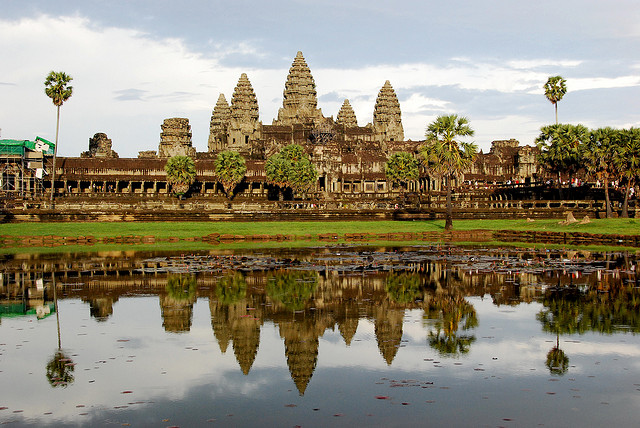 Having only visited Singapore, the Philippines, and Malaysia, I still have so much to explore in Southeast Asia. Cambodia and Angkor Wat is easily one of my priorities. I hear that sunrise is the best time to visit.

Perhaps the most intriguing aspect of this incredible piece of architecture is the mystery that surrounds it. The inspiration for this ‘psychedelically bizarre’ building, as The Guardian calls it, is a matter of speculation, with the name of the architect still unknown. Whatever the inspiration, there’s no debating that the colorful structure is truly a sight to behold. 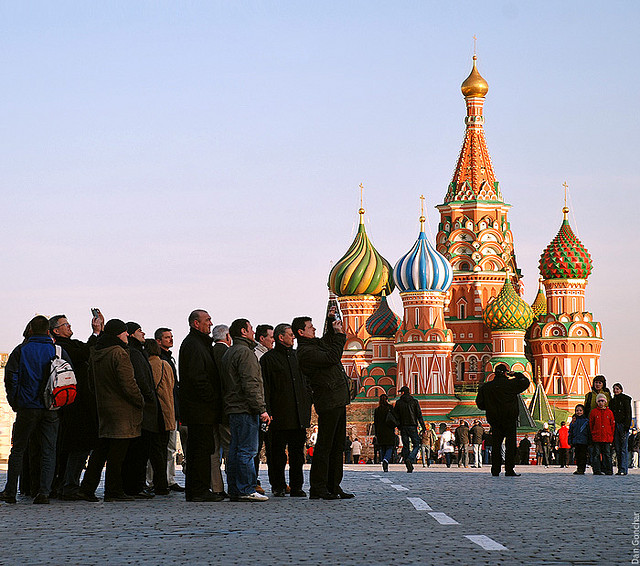 Ahhh…Mother Russia. I’ve found Moscow fascinating since before the Iron Curtain was officially lifted. Red Square and St. Basil’s comes in at #82 on my To-Do List. I can only imagine that the shapes, colors, and design will only be more entrancing after a few shots of vodka.

Completed in 1963 {14 years after construction began}, the Sydney Opera House is the most modern landmark on this list, but it certainly has made an impact. A defining feature of the Sydney skyline, the Opera House has been labelled one of the most iconic buildings of the 20th century. In 2003, the building’s designer, Danish architect, Jørn Utzon, received a Pritzker Prize for his masterful work on the famous Australian landmark. 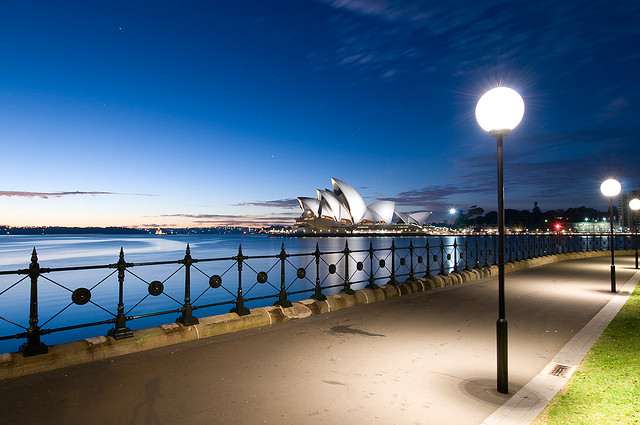 I am DYING to go to Australia as a whole and Sydney in particular. The list is long of things I’d do in Sydney, but watching a performance in the Opera House is #14 on my To-Do List. Right now I’d settle for a glimpse of it from the Harbour Bridge.

While the origins of this unique British landmark are still up for debate, researchers now believe it likely dates back to the late Neolithic period, around 2500BC. Back then it may have been used as a place to heal the ill, worship the sun or bury the dead, but today it simply serves as a truly remarkable peek into the past. 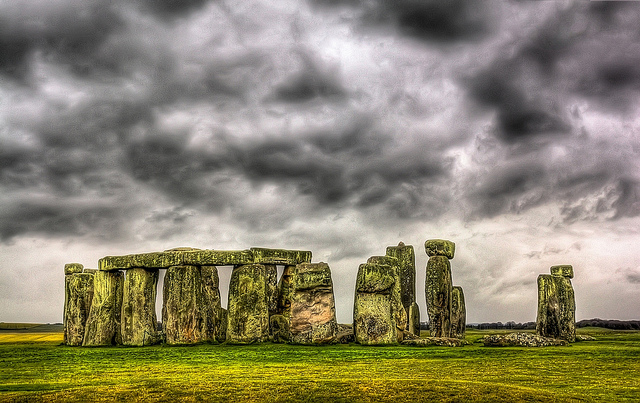 I’ve seen some freaky stuff from the Neolithic period in Ireland, but never the most famous enigma, Stonehenge. I’ve had it on my To-Do List, but have taken it off. I’m certain it would be interesting to see, but I think I’ll live if I never visit. However, I can’t discount Stonehenge’s place in a list of important and iconic landmarks.

Rio de Janeiro’s most defining feature, this 635-ton statue has survived lightning strikes and an infamous graffiti attack to remain one of the most stunning landmarks in the world. Overlooking the Brazilian capital with arms outstretched, it’s a reminder of the influential role Christianity plays in the nation’s culture. 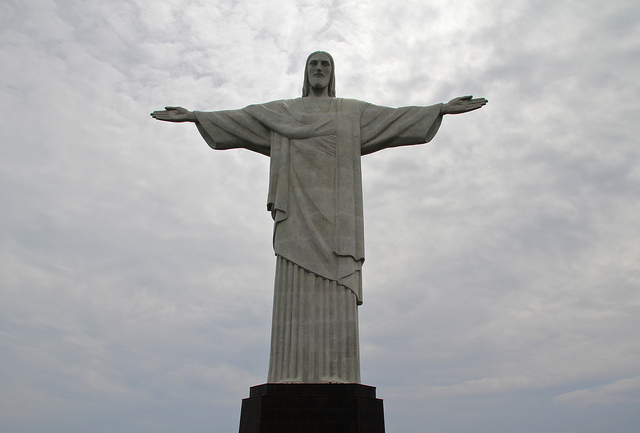 Getting to the feet of Christo is a trek and getting a photo alone with Christo is a miracle. It’s a statue, granted one of Jesus, but it’s one of those things that I can say I did and will likely never do again. Besides, there isn’t a place in Rio that you can go without seeing the symbol of the city. I prefer Cristo from afar, especially when it’s lit up at night.

Alright, let me have it. What would you add or remove from this list?

Life’s a Trip, then you have a Double Mastectomy