I love flying and truly believe that the journey is just as important as the destination. I flew for the first time in the late ’70s when ashtrays were still found in the armrest. At age seven, I flew alone and guzzled Cokes for the entire hour flight from Dallas to Lubbock. I even recollect visiting the cockpit and saying hello to the pilots. Times certainly have changed, but my stomach still does a little flip when stepping foot onto an airplane.

When I was a kid, I suppose that I loved flying for the newness of it all. As it is now a regular part of my life, that novelty has worn off. Now, the anticipation I feel is a result from knowing that I’ll be visiting on old favorite or better yet, some place new. The airport drive, park and ride shuttle, check in, and security lines are all second nature and a means to an end—necessary evils that get me to where I’m going. Expect the best, but prepare for the worst is my attitude when approaching the treacherous gauntlet that is airline travel. 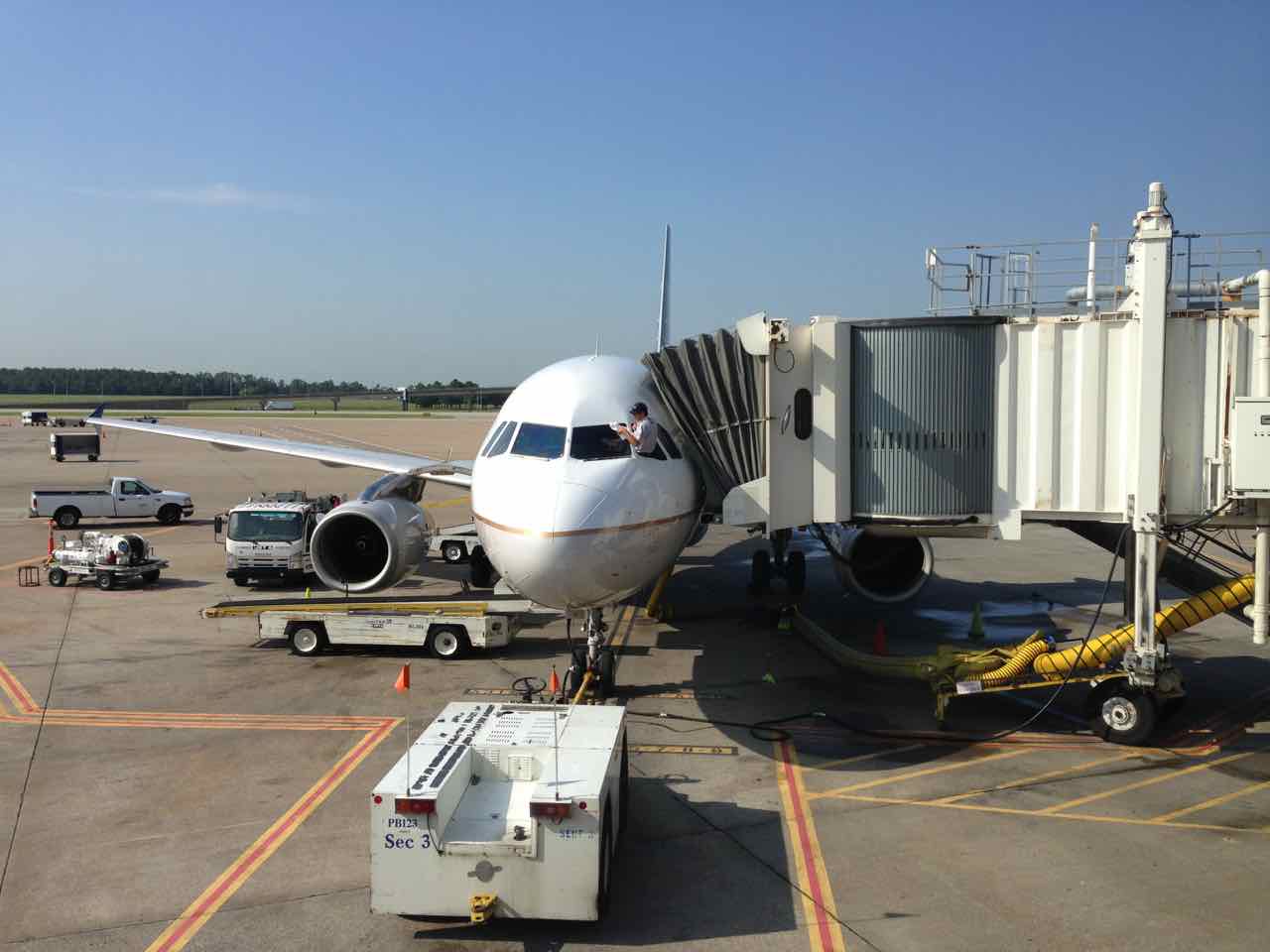 Although I try jumping through all the airline hoops with a smile on my face, there are still some things that just get under my skin. Here are my top three airplane aggravations:

I’ve obviously not flown every airline in the world, but I’d be willing to wager that 98.457% offer first boarding privileges to first/business class ticket holders and passengers that have status with the airline {platinum, diamond, titanium, double sapphire with a cherry on top, etc.}. Throw in the elderly, uniformed military personnel, and families with small children, too. This is an industry standard boarding procedure. 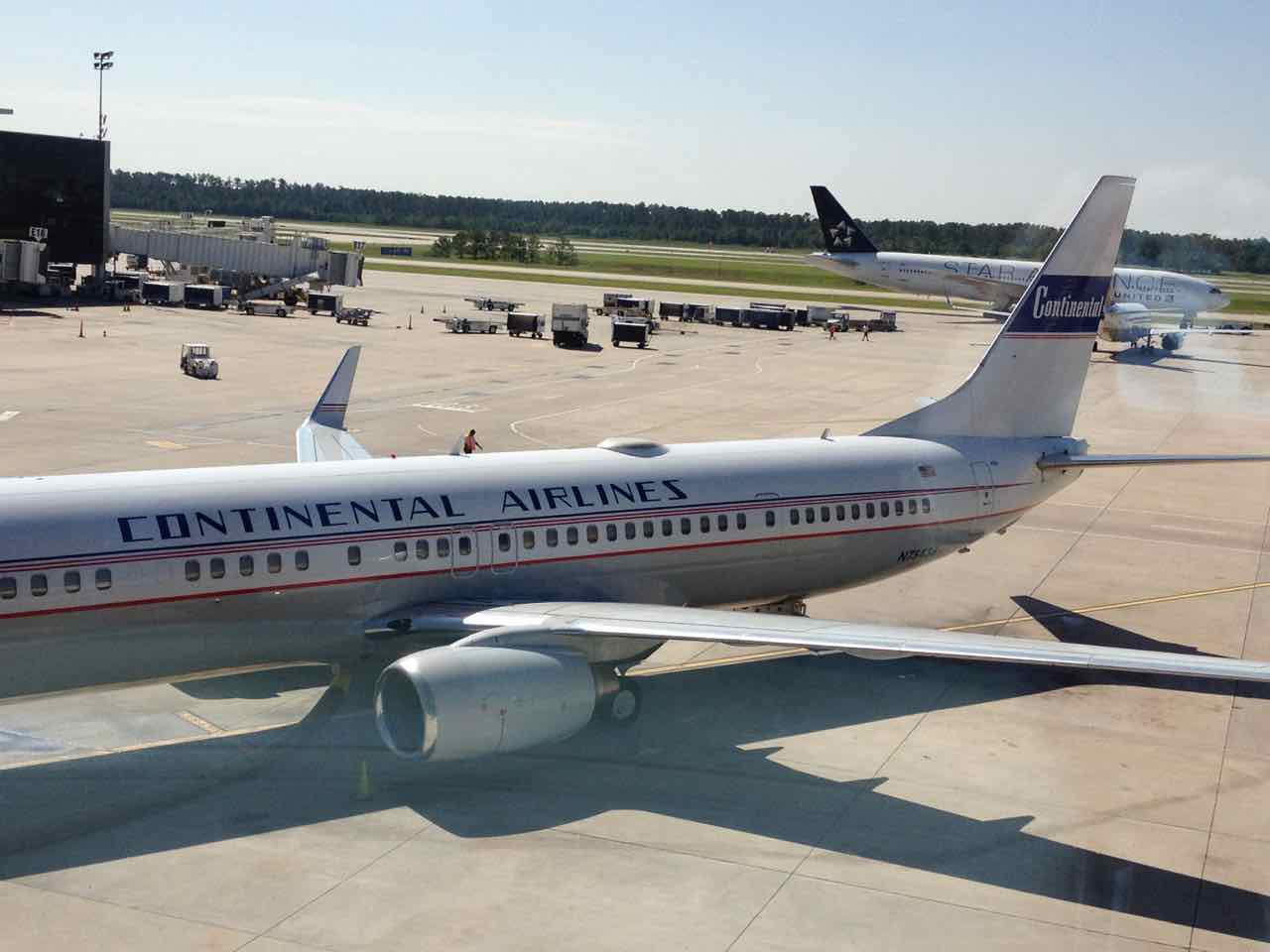 I do fly business on occasion, but most of the time I’m flying an airline in which I hold some sort of status. Therefore, I’m usually seated toward the front of the plane and in boarding group two. I am sent into a complete tizzy when I’m standing in my assigned line and I glance over and see someone holding a boarding pass with group four printed on it.

As if loading 400 passengers on a plane isn’t difficult enough, these people feel the need to hinder the process with their ignorance and/or arrogance. I want to scream at them, “Just have a seat until your group is called. The plane isn’t leaving without boarding your number!” If everyone would simply follow the procedure then things would go a lot more smoothly, and my tongue would not bleed from biting it.

This past August, I was on a flight from Toronto to Houston. It was a small plane with a 2-1-seat configuration, and I was on the aisle of the two row. As part of group two, I was one of the first to board. I stood in front of my seat as not to block the aisle traffic, and removed items from my backpack that I wanted during the flight. Right as I was zipping up my bag and about to place it in the overhead compartment, a guy simply slipped his roller bag into the space I was about to use. Then he proceeded to walk to the back of the plane and take his seat. I was shocked. 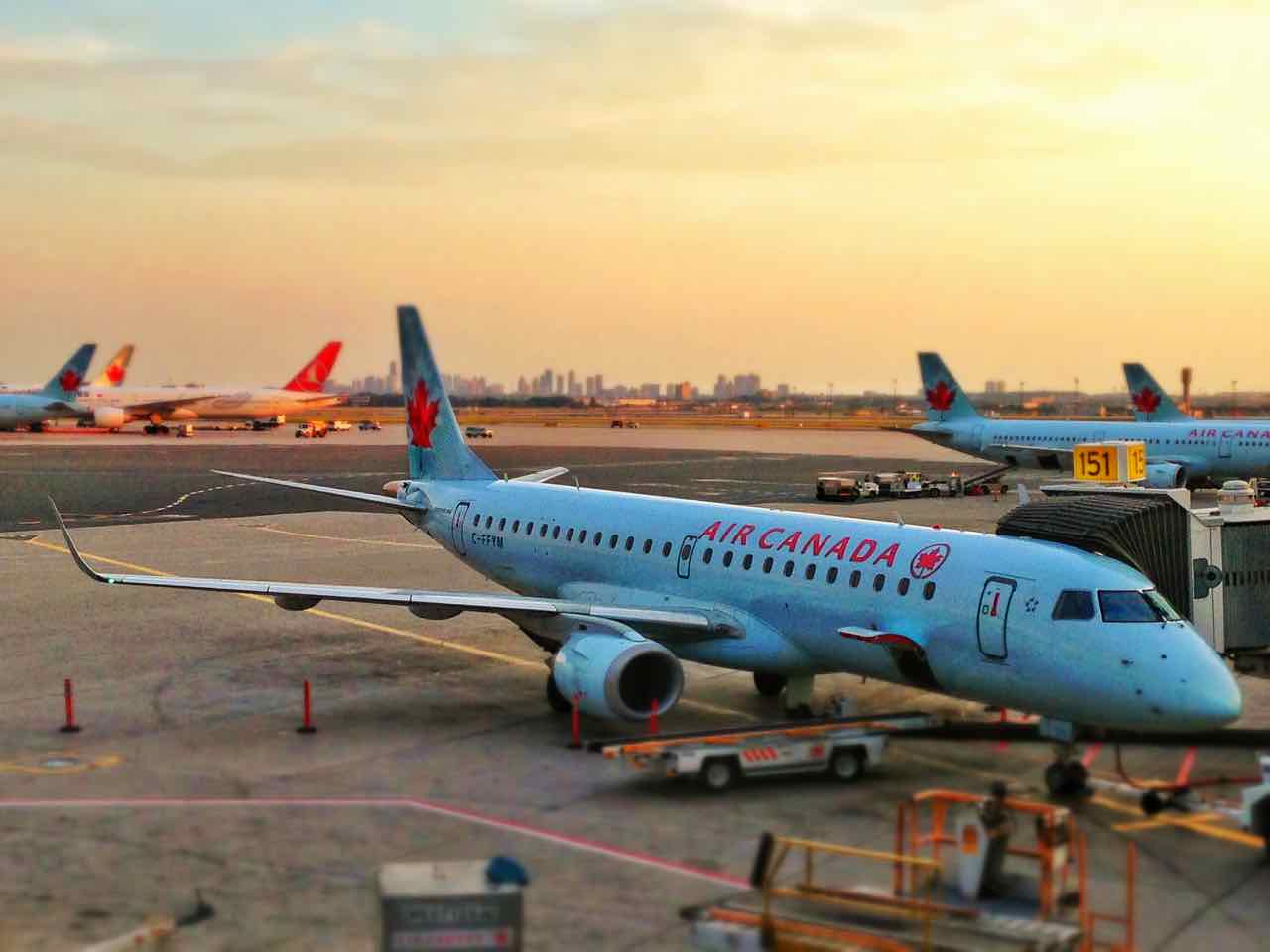 There was no announcement about overhead compartments being full. In fact, there were still about 40 seats on the flight not yet filled. There was plenty of space in the back of the plane. I couldn’t believe that someone could be that rude and inconsiderate. After I burned holes in the back of his head, I simply asked a flight attendant to deliver the bag to the gentleman at the back of the plane and placed my backpack in the spot directly above my seat. Then I stewed about the jackass for twenty minutes or until the drink cart came by—I can’t quite recall.

There’s only so much room on the plane, and there are just so many places we’re allowed to store things. Because of luggage fees for checked bags, passengers look like pack mules boarding flights. However, small items still belong below the seat in front of you, and the overhead compartment is there for larger items. By all means, once the flight is boarded and every big bag has a home, feel free to put your coat or whatever in the overhead compartment. The practice is not only common courtesy, but also essential for a swift boarding process and on-time departure. I’d imagine that the entire pre-flight process feels like herding cats to most flight attendants.

On my recent flight from Honolulu to Houston, I got a real big chuckle watching the flight attendant closing the curtain between first/business and peon class. What exactly is the purpose of this dangling piece of holey fabric? It’s not like it really shields those of us in premium economy from seeing stemware brimming with Champagne. It’s not some sort of soundproof curtain. We can still hear the clank of flatware on real plates. And it certainly doesn’t prevent the smell of freshly baked chocolate chip cookies from drifting all the way back to seat 22D. After all, there’s more material to Miley Cyrus’ VMA performance outfit than this curtain. 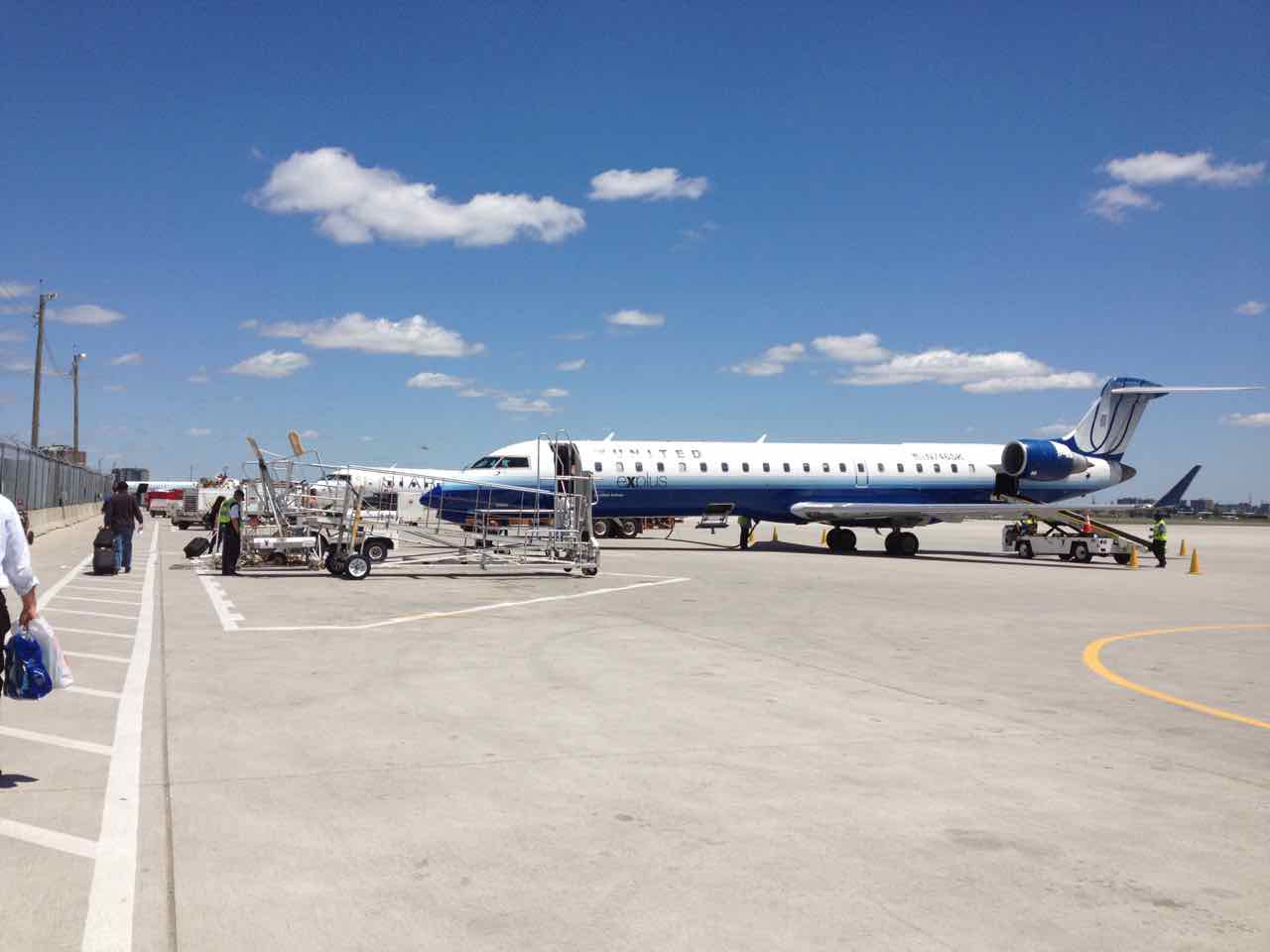 An airplane is essentially a microcosm of the caste system, except heredity doesn’t determine who is at the top. Instead, it’s the number printed on one’s ticket. The lower the row number, the higher one’s status—just like in golf.

Just for fun, I searched for a flight from Houston to London in November. Flying coach cost just over $1,000, while the exact same flight costs $4,700 and $14,900 for business and first respectively. It’s a nine hour and 25 minute flight where everyone leaves and lands at the same time. As much as I love flying business/first, there is so much more I’d rather do with those 4-14 thousand dollars. So what if I have a sore back from flying in cramped coach? I could have a massage twice a week for an entire year with the money saved from not flying first class. That’s just my personal preference.

What is the real reason for this curtain? I suppose it’s to show the other 85% of the plane’s passengers that this area is strictly off limits, yet still allows them to see what they’re missing. It’s the dangling carrot. Fly often and/or spend enough and you, too, could have an eye mask, moisturizer, and toothbrush to go with your extra legroom and premium entertainment system. It’s the golden ticket that everyone one on the plane yearns for and envies. After all, there are no sore backs, crappy food, or poor service in first/business, right? Perhaps.

Now, I’ll step off of my soapbox and allow you to sound off. What’s your biggest airplane aggravations? 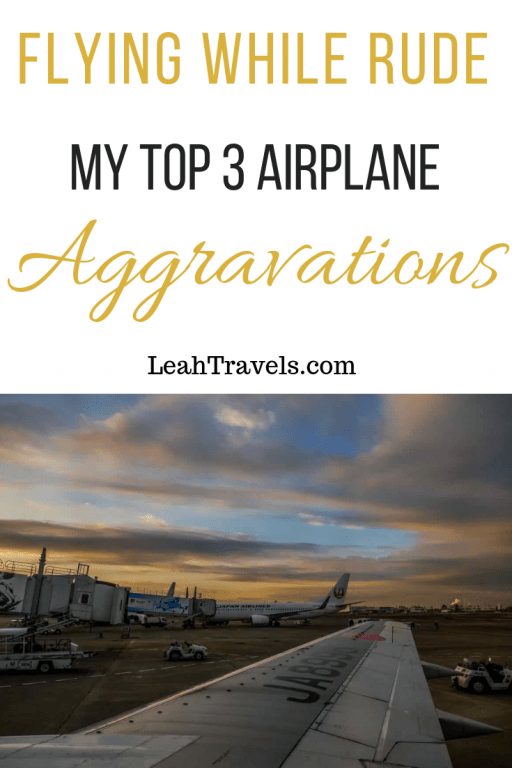 How I Roll: The ABCs of Travel