Almost daily I get an email asking for travel advice. Some come from regular readers, while others come from those who have stumbled upon my site through Google. Either way, I’m happy to help when I can, though I do with a bit of trepidation. You see, I think travel is like perfume—personal and very difficult to choose for someone else. We all have our own preferences, interests, priorities, and budgets, so what constitutes my ideal trip might be torturous or inconceivable for someone else. However, there are basic strategies for discovering a new city, no matter your taste.

Last week, my father asked me if I would help his neighbors plan their first ever trip to Paris. In their 70s, the neighbors are well traveled, but somehow Paris has eluded them. Taking into consideration their age alone, I thought that my Paris vision would be much different than theirs. Though after a series of questions, I discovered that their laundry list of things to see and do sounded much like mine as a first-time visitor to the City of Light. 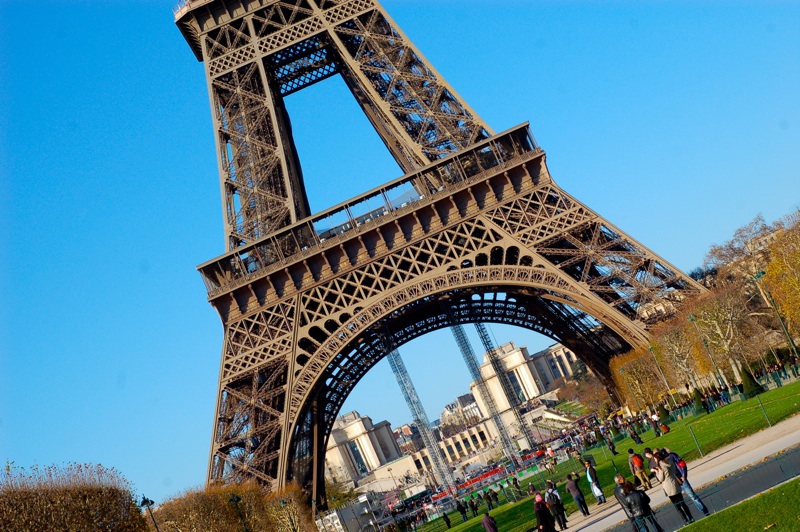 Probably the one site that every visitor to Paris wants to experience.

With airfare and hotel secured, we poured over maps and possible itineraries. The more information I threw at them, the wider their eyes got. I could tell they were a bit overwhelmed by it all. The thought of navigating a massive city without speaking a lick of French was a daunting prospect. They’d waited their entire lives for Paris and wanted to make the most of their visit. I could totally relate.

After about two hours, I left the neighbors with some homework: Figure out what you want to leave Paris having seen and experienced—a priority list, if you will. A few days later, I returned and together we came up with a rough itinerary that will be polished as their October departure date draws nearer. 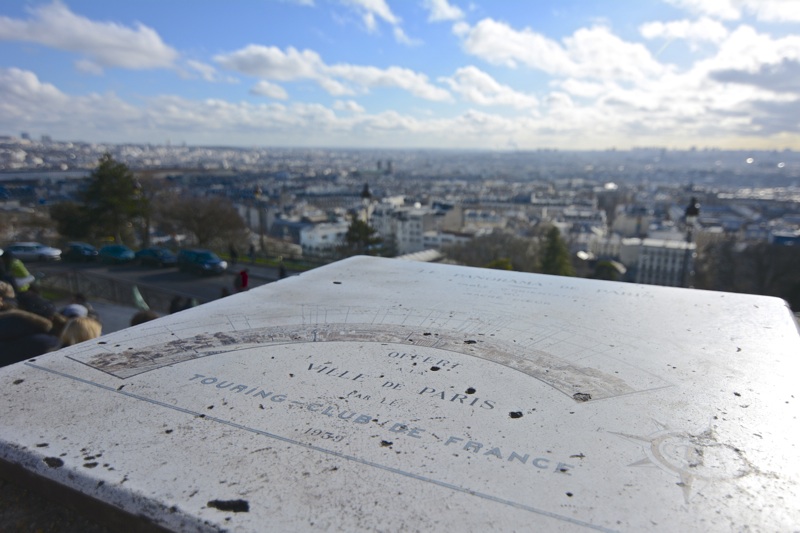 Paris can be overwhelming for a first-time visitor.

Last week, I got an email from a lady in Tennessee who is trying to plan a trip to Ireland for her over-worked oncologist husband. Before that, a woman in Ohio who wants to bring three generations to Texas for a summer vacation also contacted me for advice. By helping others in their trip planning, I was reminded how difficult it can be for the average person to organize a holiday. Even as someone who travels as much as 75% of the time, I sometimes find this to be true. I can only imagine how intimidating it must be for someone who maybe travels once per year.

Like I mentioned earlier, travel is not a one size fits all. However, I find myself offering some of the same advice repeatedly. It’s sort of like the little black dress of travel advice—customizable and can conform to most tastes. Given that I often dole out the same advice, I decided to put it into a post. Thus, here are five strategies that I often employ when traveling to a new city.

If you’re a regular reader of my website, then you know I’m a huge fan of private guided tours. Kensington Tours has organized experiences for me in Budapest, Vienna, Hong Kong, The Philippines, Paris, and Bordeaux. And I’ve explored Florence, Umbria, Rome, Naples, and the Amalfi Coast with Walks of Italy. 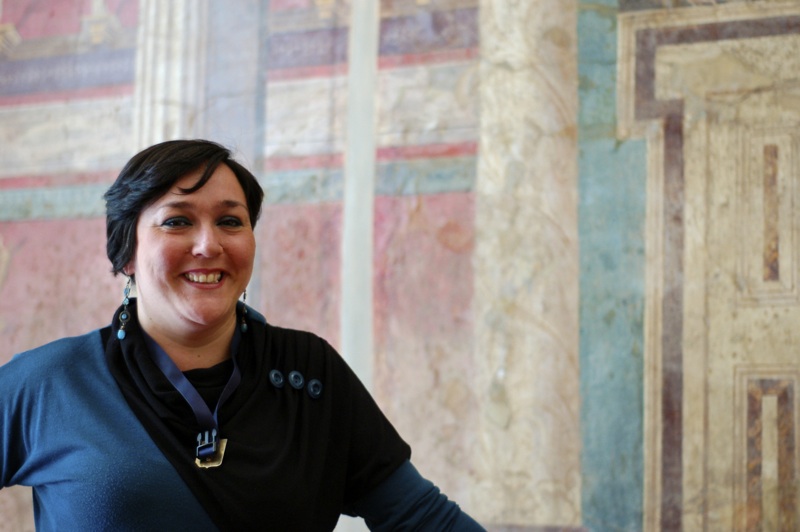 Ilaria led my tours at Pompeii and in Naples.

This is my absolute favorite way to experience not just a new city, but also rediscover one that I’ve visited previously. I would definitely look into this option, especially if you have limited time and don’t want to spend it standing in line and navigating the city. I’d also suggest private guided experiences when visiting historically “heavy” places like Versailles and Pompeii. Without my Walks of Italy guide, I wouldn’t have had a clue as to what I was looking at in Pompeii. A great private guide will make a place come alive and alleviate any stress associated with traveling to a new location. If you have a particular passion such as wine, art, history, or food, then find a guide who specializes in that area. It truly makes a world of difference. 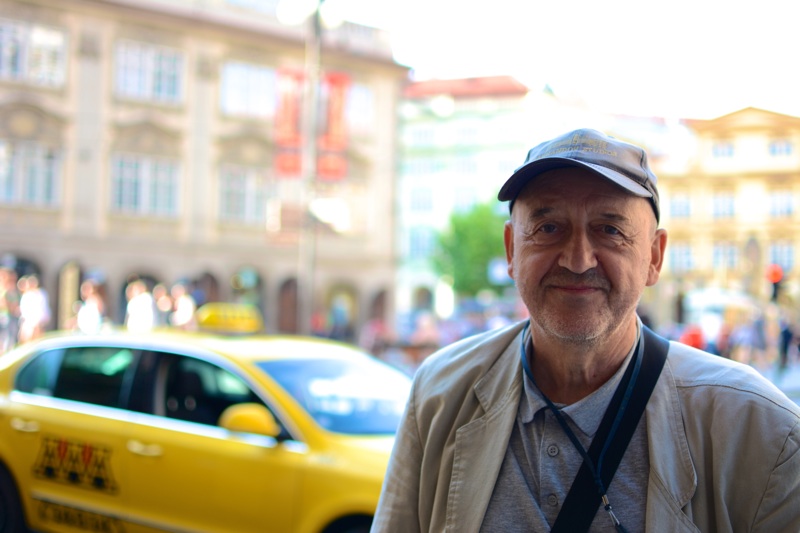 Milos Curik, named one of the world’s best guides by Travel + Leisure, showed me Prague.

Personal attention does come with a price tag to match. In a place like Paris, expect to pay around 250 euros for a half day and 350 euros for a full day. Beyond access to their expertise, additional value comes from the special opportunities afforded to those with private guides, such as not waiting in line and access to areas unavailable to the general public. For instance, by using Walks of Italy, I was able to look inside of a private chapel in the Vatican Museums, escorted by the Swiss Guard.

One of the things I always look at when traveling to a new place is a city pass. It can be one of the best values around. Normally this card provides admission or discounts to the most popular tourist attractions, museums, and activities. In larger cities, there are often multiple vendors, thus it’s important to take a look at the benefits and figure out if a city pass is a good fit for your travel plans. 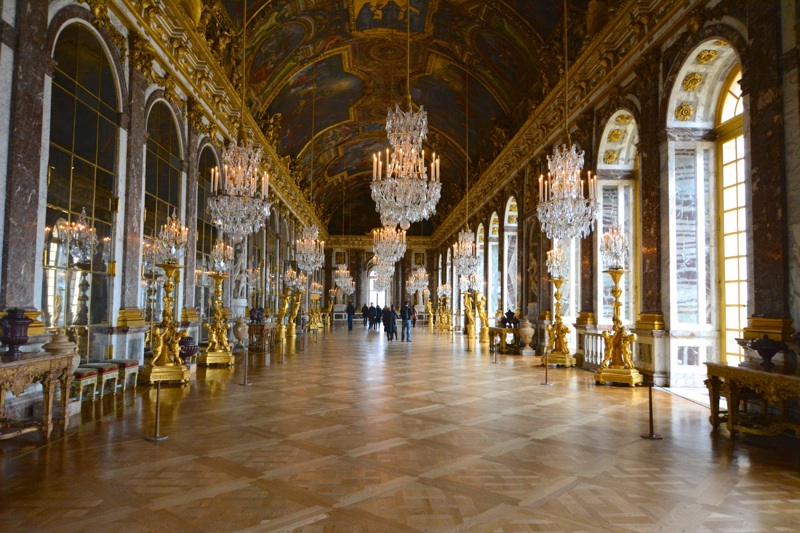 City passes include admission to some of most popular tourist sites, like Versailles.

I’ve used city passes throughout my travels, including Dublin, London, Salzburg, Vienna, and New York. For my January trip to Paris, I received a Paris Pass. Valid for two, four, or six day durations, it includes access to the Louvre, Versailles, Centre Pompidou, the Orsay Museum, and sixty other museums and monuments. Also included is a metro ticket valid for two days of unlimited travel within zones 1-3, which is essentially all of Paris.

Since many of these attractions were places I was going to visit, the Paris Pass was a smart thing for me to have. What I found really extraordinary about the Paris Pass is that it’s actually three individual passes: Paris Museum Pass, Paris Attraction Pass, and Visite Pass. The cool thing is that I didn’t have to activate all the passes at once since all three are separate cards. For instance, I only activated the Paris Museum Pass, which was good for two days. The others are valid for a year, so when I return to Paris in the fall, I can still use the other two passes. 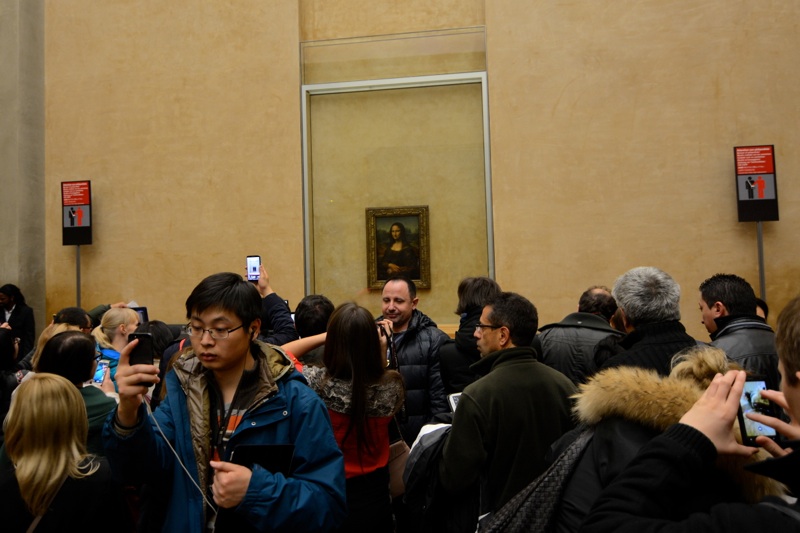 Admission to the Louvre is included with the Paris Pass

Very often, a city pass is a great value if it is actually utilized. I have found tremendous value in some cities and not in others. Though, I’d definitely check it out when planning a urban trip.

This may come as a surprise, but I really like a hop on—hop off bus tour. I’ve taken them recently in Dublin, Paris, and Budapest. What’s great about this kind of touring is that it gives an overview of a city, while allowing visitors to get their bearings. An audio guide accompanies the tour, which gives the history of prominent attractions, as well as insight into the culture and information on the city’s most noted people. I call it the Cliff’s Notes tour. 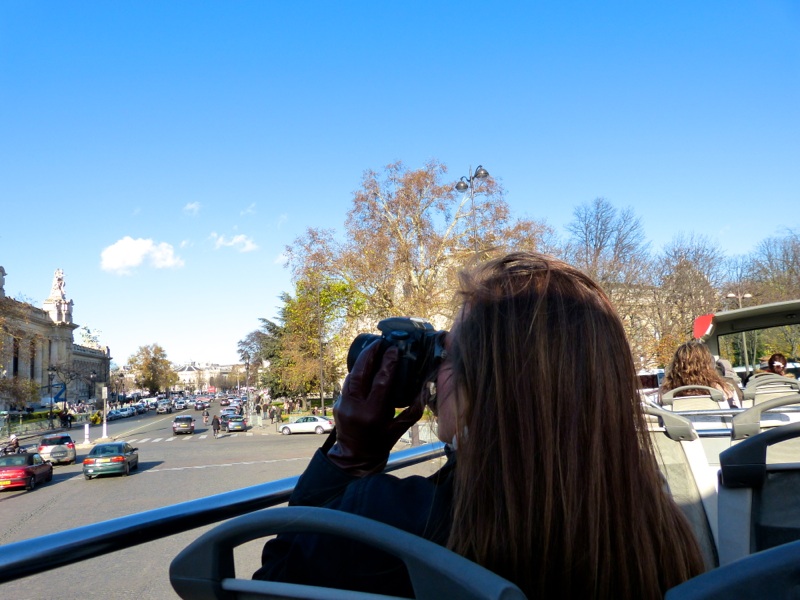 Often I’ll buy a 24-hour ticket on my first day. Not only does this give me a lay of the land, but I also discover unknown places that are worth a visit. In addition, this is a terrific way to explore when you’re suffering from jet lag. I actually fell asleep on a bus in Dublin! This was no big deal, as I could just take another loop around. 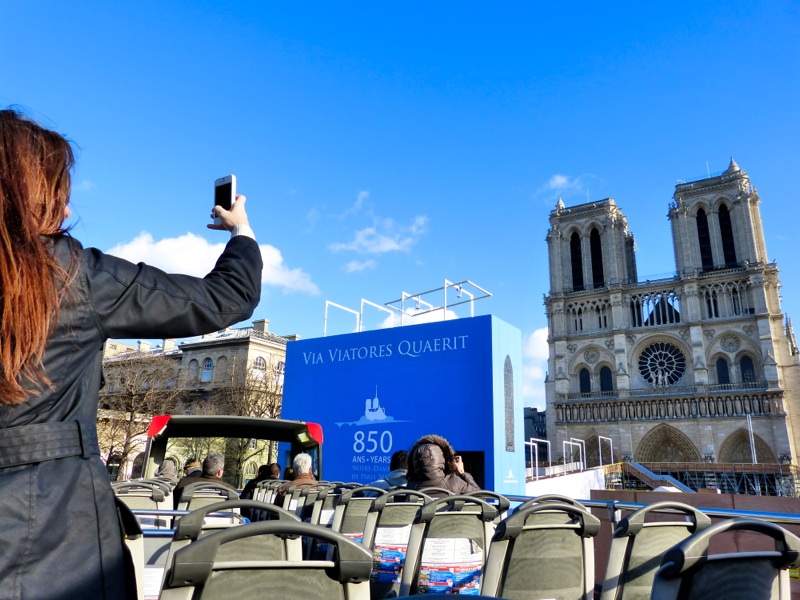 On a nice day, get an open-top bus for great views

If you’re very limited on time or just interested in the main attractions, this is a great option. It’s easy to figure out—just go to one of the designated stops, pay the driver, and get on. Then just disembark at your desired location. Some of the city passes also include hop on—hop off tours, so be sure to check that out.

For the more independent and tech-savvy traveler, smart phone apps offer an unlimited resource when traveling. There truly is an app for everything. Beyond apps that track flights, convert currency, and book hotels, there are some really great options to use for touring. 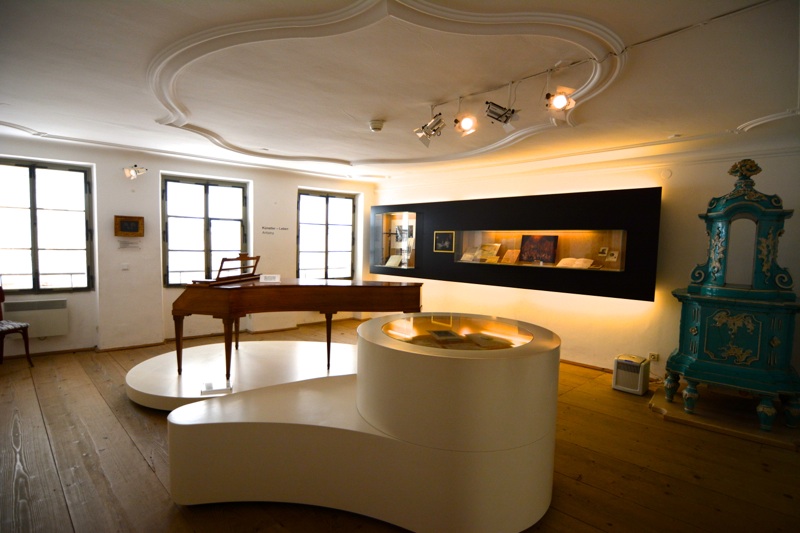 On my first visit to the Vatican Museums, I found an amazing interactive guide for my iPhone. With interactive maps, two hours of audio, over 170 photos, and even route planning, I still think this is one of the best apps I’ve used. More recently, I visited Mozart’s birth house. At the entrance, there is a Wi-Fi spot and a QR code to scan. From there, visitors are taken to the iTunes store and the free app that includes an audio tour of the museum. I think it’s super handy and forward thinking to include that Wi-Fi hotspot. 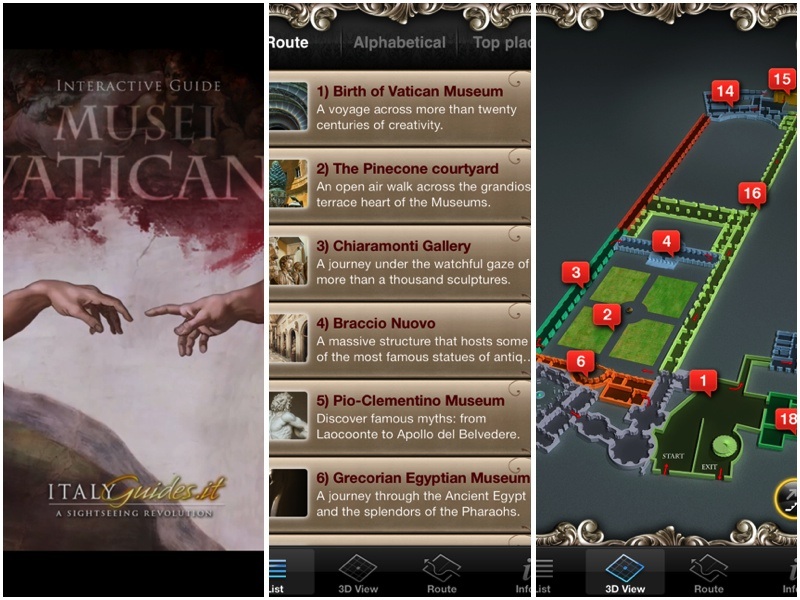 This Vatican Museums app is one of my favorites.

There are tons of other apps that are helpful when visiting a city—they run the gamut. I normally head to the app store before jetting off and search for the city or country name. Then I just comb through the apps to see if anything sounds interesting. When traveling to a foreign country, it’s always a bonus to download an app that can be used offline, since data is expensive and searching for Wi-Fi can be inconvenient.

Another way I like to utilize my iPhone is by downloading audio tours from iTunes. As goofy as I find Rick Steves, he has some great audio tours available. I used three of his tours during my first trip to Rome. They are interesting, easy to use, and educational. I also downloaded an audio tour of Central Park in New York City. Just a quick search on the iTunes store yielded that find. Plus, it came with a downloadable PDF map that was very helpful. Often times these tours are even free. It’s also worth looking at the tourism board’s website for resources. I know Houston offers three different audio tours, and I’m sure many others have something similar.

One of my favorite ways to discover a new city is to just set out on foot and wander around. No plan—no guide. By doing this, I see things that aren’t on the tourist track, but are equally as awesome. I figure I always can find the Roman Forum, but that little restaurant with great people watching and Jewish artichokes might not get discovered if I only follow my set agenda. 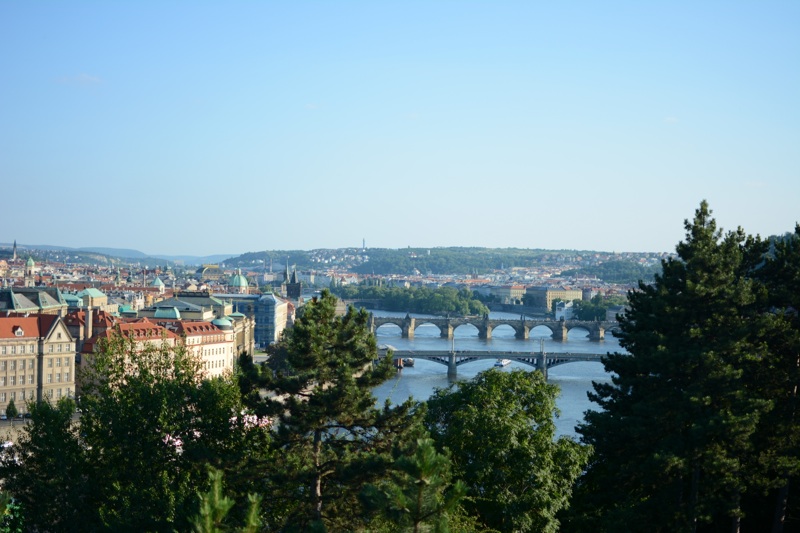 View of Prague from the Metronome

I don’t believe there’s a right or wrong way to travel. Instead, it’s about personal preference. Even in planning my own trips, my approach varies based on location and interests. But what doesn’t seem change are these suggested strategies, which can be adapted to fit most any person’s travel style.

Do you have a favorite general travel tip? If so, let me know in the comments.