In May, I spent 15 mind-numbing hours at the Muscat International Airport. After a wonderful week in Oman, this wasn’t the ideal way to wrap up my trip. I was so early that I couldn’t check my suitcase and there was nowhere to store it. I considered spending time in the city, but the thought of dragging around my bag and backpack full of electronics put me in a foul mood, especially with temperatures topping 105 degrees. Thus, I sat in the public part of the airport for seven hours, with nothing but a Tim Hortons and three hours of free Wi-Fi. Now, I like donuts and coffee, but about three hours in, I was on a sugar and caffeine high. Finally, I was able to check my bag and pass through security eight hours before my flight. You’d thought that I’d found nirvana. Though I was rebuked at the Oman Air lounge, McDonald’s, duty-free shops, and three more hours of free Wi-Fi were there to lift my spirits. If you happen to ever be in my unfortunate predicament, I’ve got five ways to pass time at the airport.

5 Ways to Pass Time at the Airport

Go to the Lounge

I’m permitted to enter any Star Alliance lounge, but that wasn’t an option in Muscat. I did, however, have the opportunity to purchase a daily pass at one of the independent lounges. For about $50, anyone can buy his or her way into a lounge at most every major airport in the world. For that price, you’re invited to enjoy comfortable seating, food, drink, Wi-Fi, business amenities, and even shower facilities. And I highly recommend taking a shower {the Lufthansa lounge is Munich is like a spa}, especially if you’ve just gotten off an overnight flight or are about to take one. Does $50 seem steep? Just consider the cost of the food, drink, Wi-Fi {if the airport’s isn’t free}, as well as the junk you’re going to buy to entertain yourself. Odds are that you’ll likely come out ahead with the day pass. And depending on your credit card, you just might have lounge access and not even realize it.

The world is my office, and I don’t have set work hours. This means that I usually have my nose buried in my computer or iPhone working. Sometimes I need a break, especially during a long travel day. That’s when I open up Gambino Slots and get to spinning. I do absolutely love gambling in Vegas, but these games are just for fun. With 80 different casino slot games, you’ll get sucked into the high definition graphics and vivid animations leaping from your computer, tablet, or smart phone. The sounds transport you from whatever airport you’re sitting in to the MGM on the Las Vegas Strip. There’s also a social community aspect. I play on Facebook, but Gambino Slots is also available in the iTunes, Amazon, Windows, and Google Play stores. If electronic games aren’t your thing then pack a deck of cards. There are a multitude of games at your fingertips, plus a deck doesn’t take up much room when traveling.

Instead of setting up camp at Starbucks, get your rear in gear. Sure, you can exercise by climbing stairs and dragging around your bags, but if you’re looking for a real sweat session, there are gyms located in various airports around the world. Baltimore-Washington Airport has a 1,200-square foot gym with a day pass costing $40 per day. Pearson International Airport has a 10,000-square foot gym, where you can even rent shoes and clothes. If you’re passing through Munich, look into Kempinski Hotel Fit & Fly Spa. Beyond the exercise equipment, there’s also a pool, sauna, Jacuzzi and massage therapists. Arguably the best airport in the world is Singapore Changi Airport, which features three gyms. San Francisco and Dallas-Fort Worth International airports have yoga studios for serenity and sweat. All of these also offer shower facilities, so you’re not stinking up the plane. A workout is certainly the healthiest of ways to pass time at the airport.

Nobody says you have to actually buy anything, but browsing is one of the best ways to pass time at the airport, whether shopping online or in person. In fact, some terminals feel more like malls than airports. Try on sunglasses. Smell perfume until your head pounds. Study the alcohol selection. Check out the local specialty foods. Indulge yourself by going into shops that you might not normally visit. Throw that Gucci bag over your shoulder and strut around the store like it’s yours. In short: Go into every shop, and inspect every item. Time will fly!

Provided you aren’t weighed down with luggage, consider heading into the city if your layover is long enough. Just keep in mind the time back to the airport, as well as to get back through security. Also, make sure you don’t need a visa to leave the airport. Some cities are relatively close to their airport and/or also have efficient and economical public transport. Las Vegas, Miami, San Diego, Boston, Mexico City, Honolulu, Nice, and Lisbon are just a handful of places where the airports are convenient to city centers. If you’re at Changi Airport in Singapore, Narita in Tokyo, Incheon in Seoul, Taoyuan in Taipei, Ataturk in Istanbul, Doha, or Salt Lake City then you’re in luck. These airports offer free tours of their respective cities. Be sure to check on visa requirements and layover time needed before making any plans, however. Leaving the airport and taking in the sites is easily one of the best ways to pass time at the airport.

Whether you’re kicking back with a glass of wine in a lounge, shopping for something you’re never going to buy in duty free, spinning away on Gambino Slots, or eating black pepper crab at a hawker stand in Singapore, you’ll never look at long layovers as an inconvenience again. 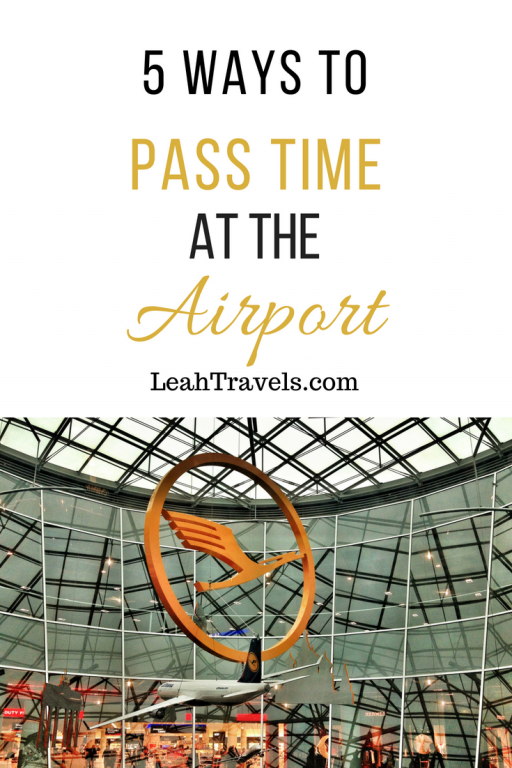 This post was brought to you by Gambino Slots. All opinions are my own.