The last two months have been an absolute whirlwind. Really, it seems like yesterday that I boarded my Houston flight bound for Rio de Janeiro. Loaded down, my five bags seriously abused United’s weight limit, as well as my back. The excitement of simply being in Brazil, combined with my first-ever trip to Argentina and the impending World Cup frenzy, those two months passed in the blink of an eye. 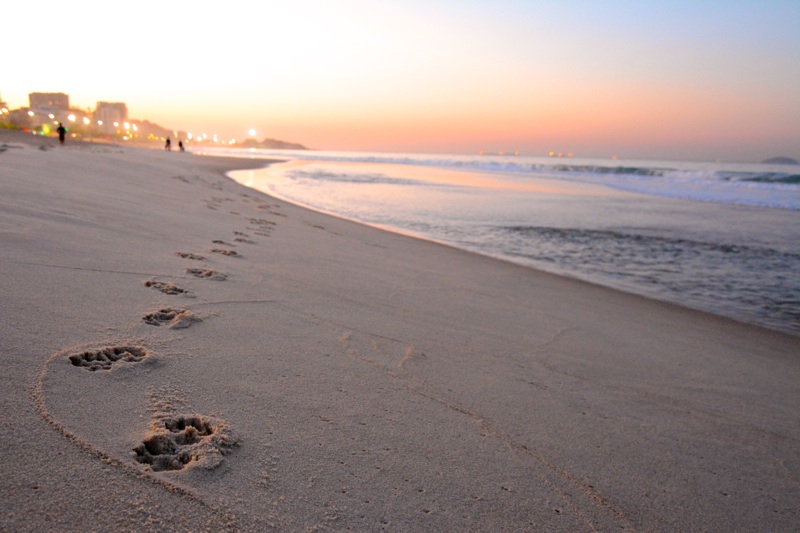 If you’ve followed my Instagram and Facebook feeds {for shame if you’re not} then you might think that I’ve been spending my time lounging on Ipanema, strolling around Lagoa, and swilling caiprihinas on Copacabana. Yes, quite a bit of that did happen. After all, how often does one get to live in Rio? My goodness! From the start, I promised myself that I would not be sequestered in my apartment, chained to my computer. As a result, my website has been neglected a bit. Please accept my apologies.

Since I’ve been a bit MIA, I thought I’d let you know what I’ve been up to. Thus, here are three things I’m excited about.

Just because I wasn’t writing for this site, doesn’t mean that my fingers weren’t furiously typing on the MacBook Pro. In January of this year, I decided that I wanted to focus a bit more on journalistic pursuits, specifically I wanted to get my writing into print publications. Yes, I realize magazines and newspapers are a dying breed, but as a writer, print is still the cherry on top of the sundae. 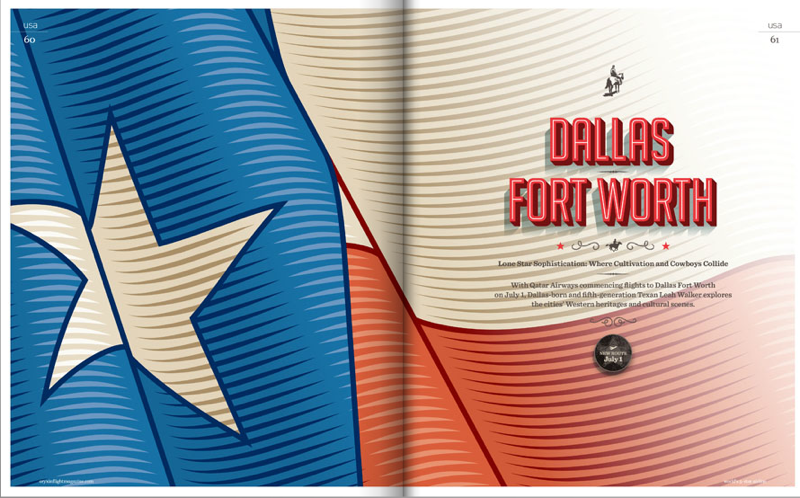 Deciding to vary my path was the easy part. However, getting editors and publishers to take notice felt as impossible as threading a needle on a rollercoaster. In the meantime, I focused on my digital outlets. I signed on to be the Editor-at-Large for Luxe Beat Magazine and inked a deal with Room Key to be their Featured Contributor. I continued to write for The Daily Basics, Travel Squire, and Forbes Travel Guide. Still, print eluded me.

It wasn’t until May that I woke up to an email asking if I’d be interested in writing a feature article for Qatar Airways’ inflight magazine, Oryx. Ummmm…HELL YES, I would. The airline added service to Dallas-Fort Worth, and they wanted not only an article, but several smaller sections to add depth to the piece. In total, my feature wound up being 1,750 words covered on eight pages. It’s now in every single seatback pocket on all of Qatar Airways’ planes through the end of July. An added bonus is that they’ve commissioned another piece from me that will be in September’s magazine. 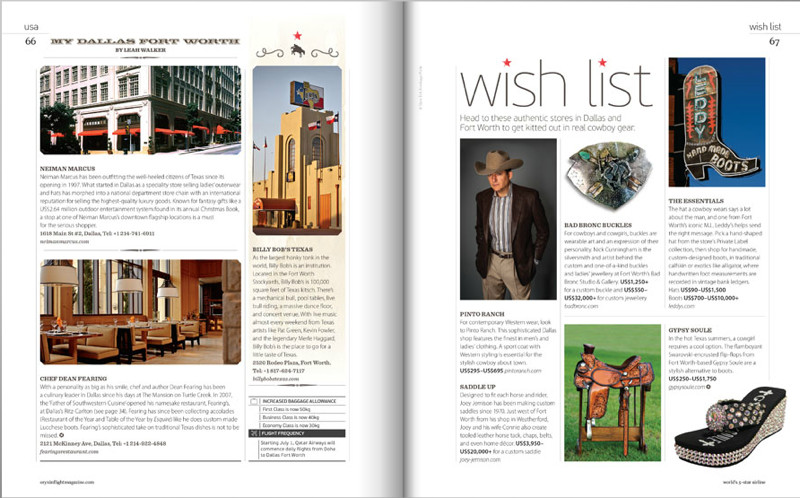 I’m not crazy enough to think that just because I’ve had one print piece published that I’ll be beating away all the glossy magazines. However, it’s certainly a confidence booster and something I can point to for future opportunities. Seeing my name in print is very cool, but you know what might be even cooler? The fact that the publisher found Leah Travels and offered me the gig based on this site. Now, that’s a bit of irony.

My First Photos for Print Publication 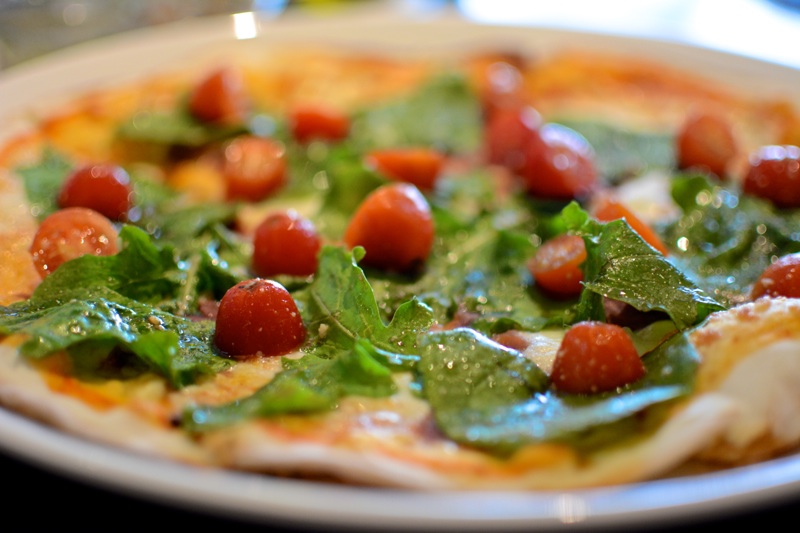 In no way do I fashion myself a photographer. In fact, if you look at my business card, it reads, “Writer. Editor. Picture Taker.” I wouldn’t dream of insulting actual photographers by calling myself one, especially since I’ve not truly studied the craft. However, with a quality DSLR, some good lenses, and a lot of deleted photos, I’ve become decent at taking photos of food. I’m thrilled to report that some of my photos will be published in an upcoming edition of a well-known culinary magazine. I certainly never saw that one coming.

I’m not one to lay all my upcoming travel plans out for the entire world to read. Frankly, I never know what will pop up or what might fall through. However, the excitement for my trips through the end of the year is a struggle to contain. The flights are booked, and that’s always half the battle. 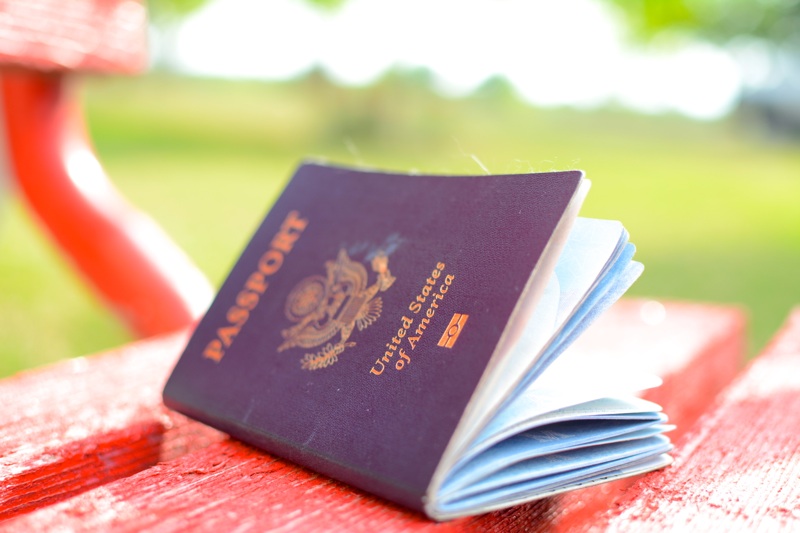 I will tell you that when I’m back from my July trip to Switzerland and France, I’ll embark on a crazy-fun road trip in the good ol’ US of A. In August or September, I’ll go back to Brazil, but in October and November, I’ll revisit some of my favorite locales for some extraordinary adventures. I’ll also travel to a country that I’ve been coveting for my entire life.