I liken flying today to walking through a park in Buenos Aires. I consider myself extremely lucky if I make it through without stepping in a big pile of dog poo. Navigating all of the airline policies and regulations is a chore, but manageable. What’s often not manageable is dealing with fellow passengers. When hundreds of people are crammed into a small space for hours on end there’s inevitably going to be a few bad apples that don’t know {or care} how to behave. You’ve probably heard about the brouhaha that recently occurred on United flight 1462 from Newark to Denver, but in case you’ve not turned on the TV or been online, I’ll give you a quick recap. 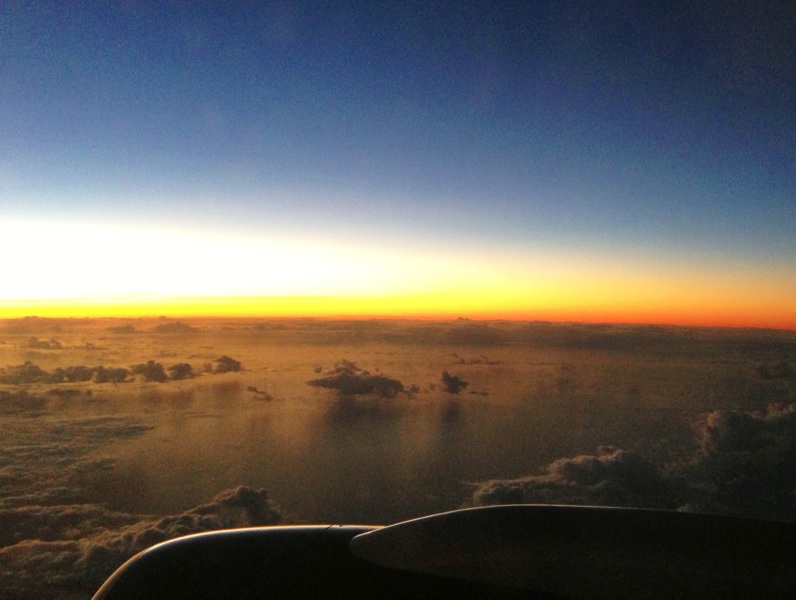 The plane was diverted to Chicago’s O’Hare because of two pieces of plastic: the Knee Defender. This $22 gadget attaches to the hinges of a tray table and prevents a seat from reclining. A man slipped the Knee Defender into place in order to use his laptop, which prevented the lady in the seat in front from reclining. A complaint was then lodged to a flight attendant, who asked the man to remove the device. He refused, and the woman passenger threw a glass of water at the man. The pilot diverted the plane in Chicago, and the two passengers were kicked off the aircraft. No arrests were made, but the story created a firestorm.

I was discussing this story with a friend, who found it quite comical. Yes, it’s funny and ridiculous at the same time, but as a frequent flyer, I became, well, let’s say impassioned about the subject. No matter what side of the fence you stand of the to recline or not to recline debate, I think most reasonable people can agree that using artificial means to limit another passenger’s ability to recline is not cool and is begging for a confrontation. 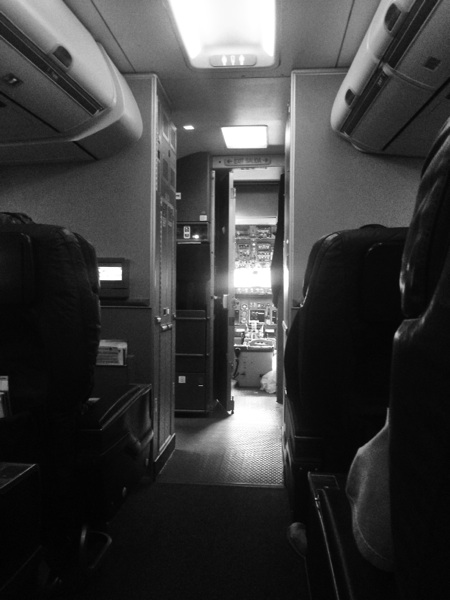 My stance on this story is that the man was actually stealing—that’s right, STEALING—from the woman passenger. She paid for a seat and all the space that encompasses. By using the Knee Defender, he was robbing her of some of that area and taking more for himself. Now, in my impassioned rambling, I rationed that rather than throwing a glass of water at the man, the woman should have charged him rent for the space he was taking from her.

I’m sure some math genius could figure out a formula that takes into account the square inches of seat space available, the square inches of the seat recline, the price paid for the flight, and come up with a dollar amount that the man should pay the woman in rent. I, however, am not that genius. But, in keeping with the spirit of today’s airlines, I would also suggest there be fees in addition to the rent. Here are a few off the top of my head:

This story got me thinking about some of the bad behavior I’ve personally witnessed on my various flights. In hindsight they’re comical, but in those moments, I wasn’t laughing. Just when I think I’ve seen it all, someone ups the bar for most ridiculous airplane behavior. Here are some of the best worst flying experiences from the last five years. 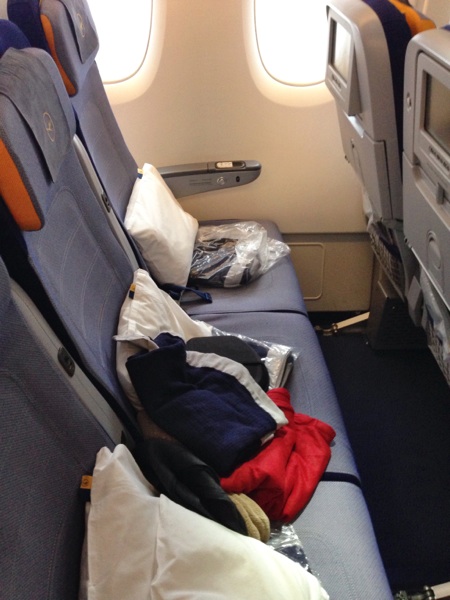 On the 22-hour flight from Houston to Singapore aboard Singapore Air, there’s a stop in Moscow. Passengers deplane so the aircraft can be cleaned and apparently stocked with a whole bunch of vodka. With three seats to myself, I thought I’d struck gold, that is until the pre-takeoff vodka cart came rolling down the aisle. The two burly, Russian men behind me had obviously been hitting the sauce before boarding, but proceeded to take at least three vodka shots each from the flight attendant. That should have been my cue to move, because throughout that 11-hour flight, one of the men reached over the seat and hit me on the head on TWO separate occasions, while the other puffed on an electronic cigarette and played tug-o-war with me when my pillow slipped down to the floor. You can read about what I had to say to these guys in my article, “The Evils of Vodka.” 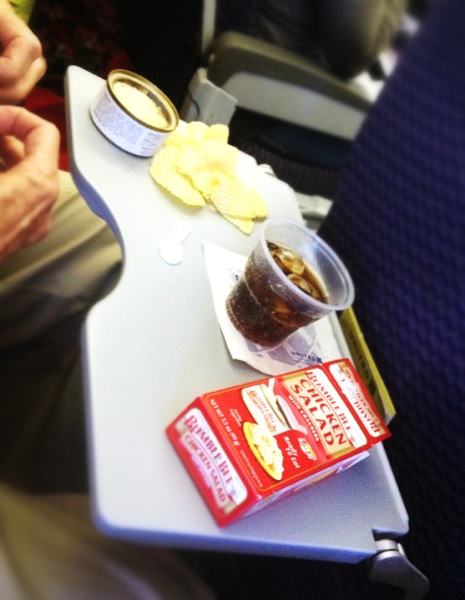 I don’t begrudge anyone for bringing food on a plane. Most American domestic carriers charge an arm and a leg for snacks that can be had at the grocery store for a fraction of the cost. And don’t get me started on the quality of hot food served on international flights. I get it. My issue is with people who have food with a strong aroma, like the man I sat next to from Boston to Houston. Once the drink cart passed, he had himself a little picnic on the tray table. Accompanying his Coke, were crackers, potato chips, and chicken salad. Now, I suppose I should be grateful that it wasn’t tuna salad, but as a rule, canned meat of any type is putrid and certainly not suitable for a closed environment like an airplane. 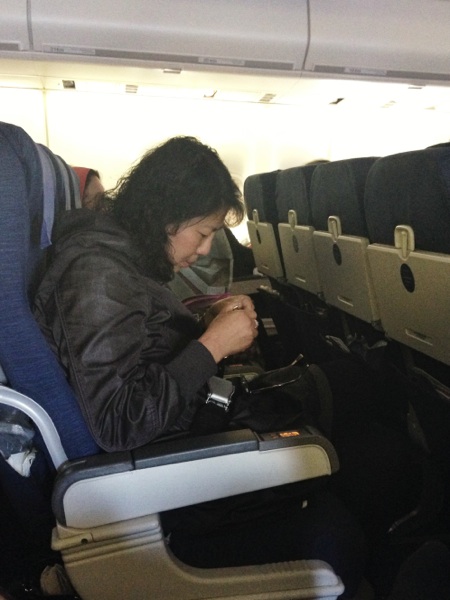 Seeing passengers grooming themselves on a plane is a common site. Within reason, I think it’s perfectly fine. Go ahead and touch up your make-up or give you’re a hair a little brush, though the bathroom would be a better place for such things. However, anything that has to do with fingernails and toenails is completely out of the question. Seriously, I once saw a hippie-type character cleaning her toenails on a flight. I kid you not. 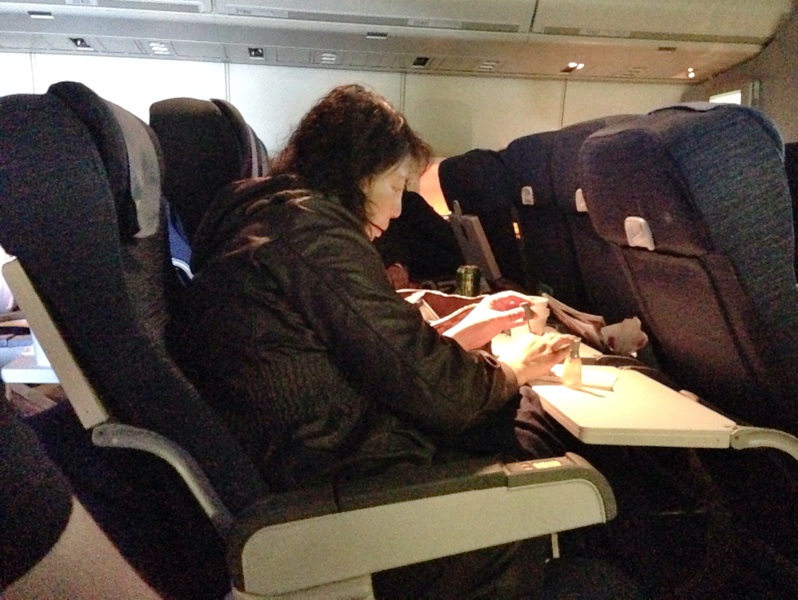 As gross as that is, the incident that stands out most in my mind occurred on a flight from Los Angeles to Beijing. The configuration was 3-4-3, and I was on the window. A woman in the middle section on the aisle closest to me was clipping her fingernails. I was like Vince Vaughn in the movie Dodgeball. The nails were flying everywhere! To add insult to injury, she broke out her fingernail polish. Can you imagine the fumes wafting throughout the cabin? She then had the nerve to get ticked off when the flight attendant told her to put it away. After all, she hadn’t completed the second coat.

I could write an entire post about passengers who have encroached on my personal space. I’m certainly not perfect, but I try to be extra diligent when it comes to respecting my fellow passengers. Sadly, not everyone else subscribes to this way of thinking. Two instances come to mind immediately.

The first was on a flight from Detroit to Los Angels. I was in route from Amman, Jordan to Maui, and not in the best of spirits. Flying cattle class on Delta, I walked back to my seat to see two very large honeymooners in my row. After taking my aisle seat, the woman asked if I wouldn’t mind raising the armrest. Delirious from little sleep, I agreed. Big mistake. At that point, I had 2/3 of my seat. To compensate for the lack of space, my head and shoulder protruded into the aisle, which made it a target for the drink cart. 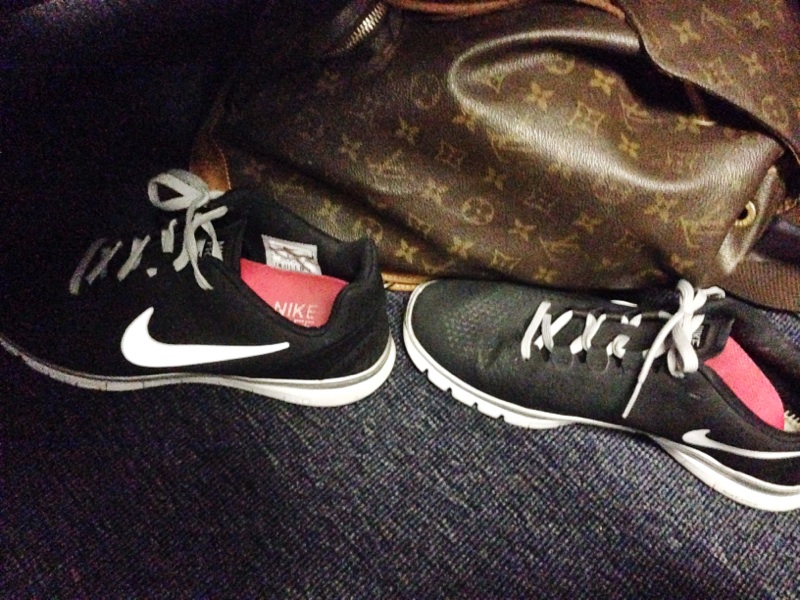 The second happened on a flight from Houston to Rio de Janeiro. I was comfortable in my window seat, when a couple from Brazil sat down next to me. The woman in the middle seat immediately took off her black Nikes. The smell was horrendous, but was slightly quelled after she put on some socks. The woman then proceeded to curl up into a ball and weep for a good two hours. Even worse than the smelly feet and uncontrollable crying, this woman reached across me and raised the window shade several times. I almost lost control when she did it at sunrise. The rays from the sun were like acid on my eyeballs. She nearly got an elbow to the nose. Listen, if you want control of the shade then book a window seat.

Why I Travel: A Dedication