Thirty-seven million people visited Las Vegas in 2010, and I just have to wonder if they counted me four times. That’s right. I went to Vegas four times in 2010 and three times in 2011. Sadly, in 2012 I didn’t step foot in Clark County once. I’m a Vegas junkie; I was hooked after my first trip in 1998. I have a bucket list a mile long, but always seem to find myself in McCarron Airport far too often than I should. The reason is simple: I love playing blackjack in Vegas.

Tips for Playing Blackjack in Vegas 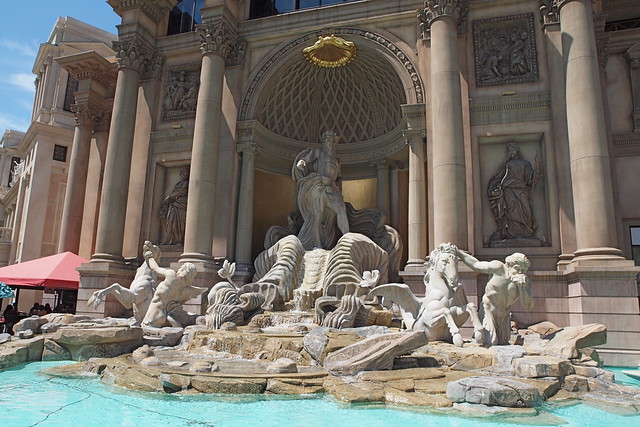 The Vegas experience is as diverse as the people who visit. I am a gambler, specifically a blackjack player. I don’t care a thing about the night clubs, lounges, shopping, or restaurants. I just want to play blackjack, and I do. For hours. Lots of them. But not all casinos offer the best odds, as shown in this blackjack survey. It’s a good source to find the best odds and which tables to avoid, not only at blackjack but at any other casino game.

I’m a good blackjack player, if there’s such a thing. I know the odds and follow the rules, strategies, tips, and practice on a blackjack app. I am disciplined, which allows me to be able to sit at a table for as long as I do. I’m not saying that I win all the time. I don’t. The cards just don’t always fall in my favor. But I love the game, and that’s why I play. What I don’t love about gambling are some of the people who sit down at my table.  When in Canada, I take advantage of their legal online version, which have some good odds without the company. But if you don’t want to clear a table faster than a green 00 on a roulette wheel, then pay attention to these 11 don’ts for the blackjack table. 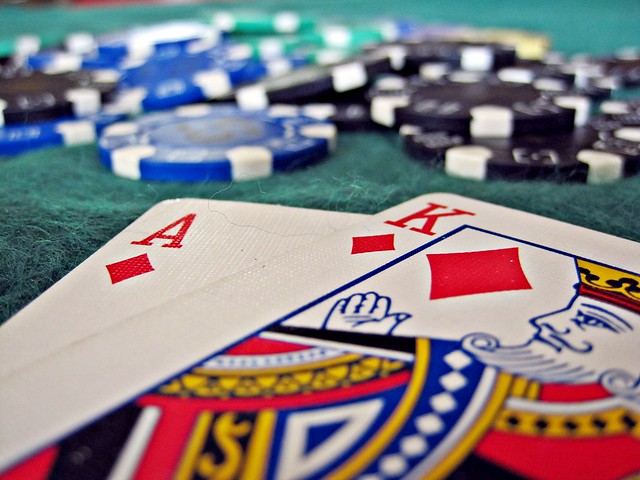 • Don’t be afraid to ask for help. If you are new (or not) to the game, please ask the dealer for advice. They want you to win! The more you win, the more likely you are to tip (More on that later). They’ll tell you what “the book” says to do. Some friendlier dealers will actually explain the book’s strategy, which is based on math and probability. If you don’t want to ask every time, pick up a credit card-sized cheat sheet. Its graph style is easy to understand. Don’t worry about taking a little longer. Nobody is born knowing how to play blackjack. Everyone starts as a beginner, and most will appreciate your attempt to make the correct play. 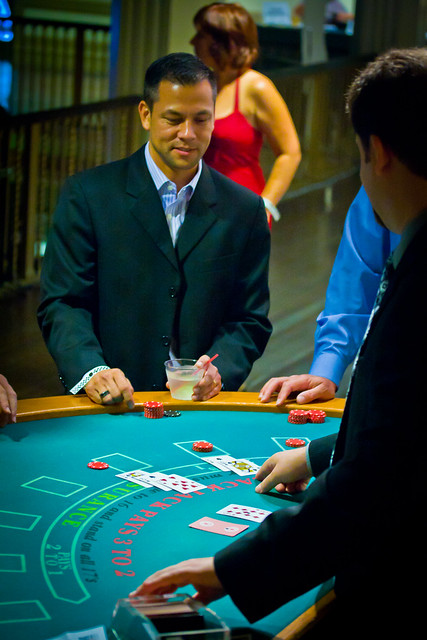 • Don’t sit at a table with auto shuffle or a shoe with more than two decks. These will take a bit longer to hunt down, especially on the Strip in larger casinos. Auto shuffle is a machine that continuously shuffles the cards, which takes away much of the players’ advantage. A shoe is the rectangular thing that the dealer pulls the cards out of to deal. They usually hold anywhere from six to eight decks. This makes it really difficult to calculate odds. It’s no coincidence that there are very few single and double deck tables. Those are easier for a player to determine which cards are still in the deck. For instance, you need an ace, but you’ve already seen four come out. If you’re playing single deck, you know that you’re not getting an ace. The time you are able to spend at single and double deck tables is more. Depending on the fullness of the table, the dealer will only get one or two hands before he is forced to shuffle, as opposed to the larger-deck games that rarely, if ever, have to stop and shuffle. 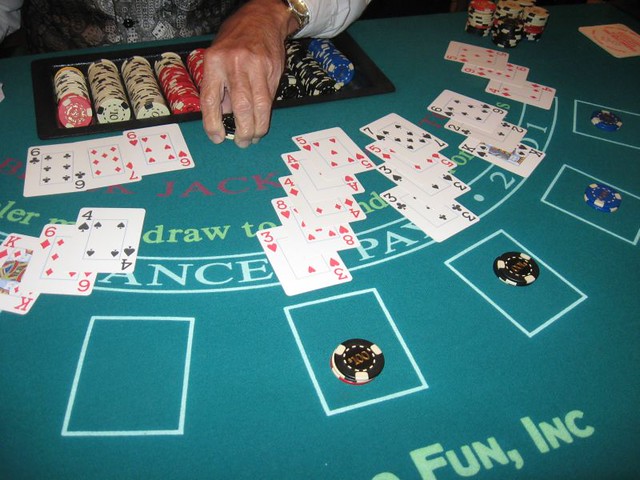 • Don’t mishandle your cards or chips. Nothing will get you reprimanded faster than messing with your cards or chips when you shouldn’t. Most blackjack games won’t allow you to touch the cards at all. They are dealt face up, and if you want to split your hand, the dealer will take care of it. At those tables that do let you hold the cards, only do so one hand at a time. And for the love of gamblers everywhere, don’t bend the cards! That calls for a new deck, counting and shuffling included. Once you’ve laid down your bet, you can’t add or take away from it after the cards are being dealt. If you want to split or double down your hand, put the chips beside your original bet not on top.

• Don’t hand the dealer chips or money. Put the chips or cash on the table. They will not accept it any other way.

• Don’t take a handful of chips away from the table. Let the dealer cash you out. Say you have ten $10 chips, the dealer will give you one $100 chip. 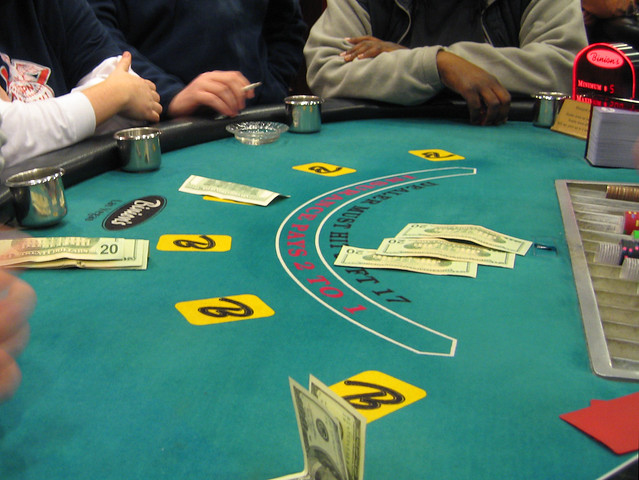 • Don’t be rude with your cigarette smoke. I think people who don’t even smoke come to Vegas and decide to smoke. Whatever. If you’re going to do it, be aware of the smoke and the people around you.

• Don’t EVER split tens. I don’t care if the dealer has a six showing. DO NOT SPLIT A WINNING HAND. There is only one hand better. Just don’t do it. EVER.

• Don’t forget to tip. Yes, the drinks are free, but that doesn’t mean you don’t tip the waitress bringing them to you. A dollar or two per drink is the minimum you should tip per drink. Don’t have cash? They’ll gladly take chips. The same goes for the dealer. TIP THEM! Most casinos pool the tips from all the tables each day and divide it by the total number of dealers. This way the dealers working the 8 am shift don’t get less than those who work the 8 pm shift. Want a chance to double their tip? Place a chip on the upper left side of your bet outside of the circle. If you win, they win. Bingo, your $5 tip is now $10. 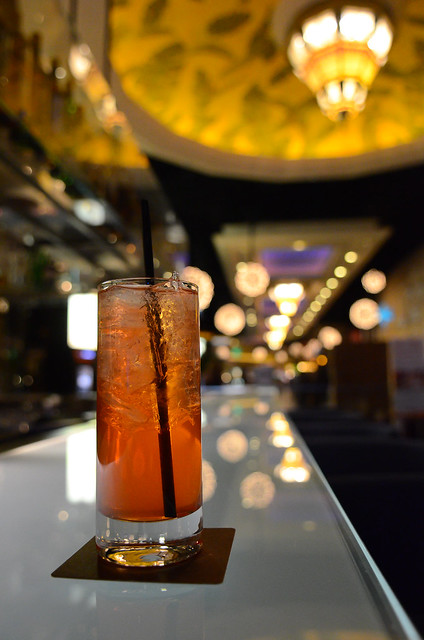 • Don’t sit at third base if you don’t know what you’re doing. Nothing will make me want to come across the table and slap a person more than the third baseman making stupid plays. Third base is the chair directly to the dealer’s right. This person gets the last card before the dealer makes his hand. If you have a 14 against the dealer’s assumed 16 and you take a hit, there’s likely to be a lynch mob after you (see don’t #1). Other people at the table may have made stupid plays, but yours is the one everyone will remember.

• Don’t forget to be sociable and have fun. You’re on vacation and so is most everyone else around you. Playing blackjack in Vegas is sociable; talk to people if it’s in your nature. You never know who you’ll meet or what you might have in common. I always seem to find at least one person who knows someone I do. Not much of a talker? That’s ok too. Just be congenial and smile occasionally. I promise it will make your over-all experience more enjoyable.


There’s a lot more to the blackjack table than just the game. Watch. Learn. Everyone starts as a beginner, and that’s ok. It’s just like anything else, the more you practice the more comfortable and better you’ll get. I’m terrible at math, but something about the green felt turns me into John Nash from A Beautiful Mind. See you in Vegas. I’ll be the one at third base with a catheter taped to my leg.

5 Things I Miss about Living in the USA